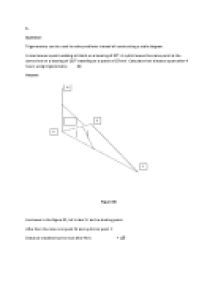 Trigonometry can be used to solve problems instead of constructing a scale diagram.

A man leaves a point walking at 6kmh on a bearing of 80o. A cyclist leaves the same point at the same time on a bearing of 120o travelling at a speed of 17kmh. Calculate their distance apart after 4 hours using trigonometry.        (6) 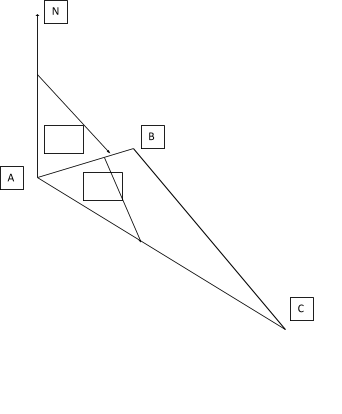 As shown in the figure 01, let’s take ‘A’ as the starting point.

Distance travelled by the man after 4hrs

Distance travelled by the cyclist after 4hrs

Using the information in the question, the application of the Cosine rule would seem

a)  Using Excel verify this is true.

b)  Add the appropriate trend line.

c)  Display the equation of this trend line. 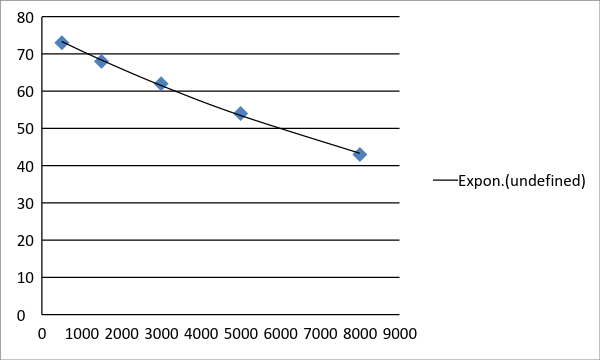 (a).As you can see in the graph the given data of pressure Vs altitude shows an exponential variation.

(b).The appropriate trend line is shown in dotted lines on the graph.

(c). Trend line equation is given by

Probability can be used so that companies can decide on reasonable waiting times.

The waiting times for a bus are normally distributed with a standard deviation of 0.3 minutes. 80% of people waiting for a bus have to wait no more than 5 minutes. Calculate the mean average waiting time for one of these buses.        (3)

According to the above table

is given by function of

Angular velocity of the disc after 1.5s

Angular acceleration of the disc after 1.5s

(c).When angular velocity becomes zero for the first time where

A gas expands according to the law pv constant. When the volume is 2m3 the pressure is 240kPa. Calculate the work done as the gas expands from 1m3 to 4m3 given that work

Gas expands according to the law of

Where k is constant

When gas expands work done is given by