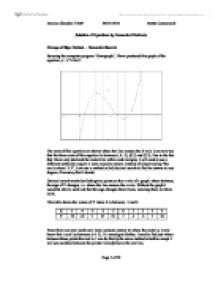 By using the computer program ‘Omnigraph’, I have produced this graph of the equation y = x^3-9x+7. 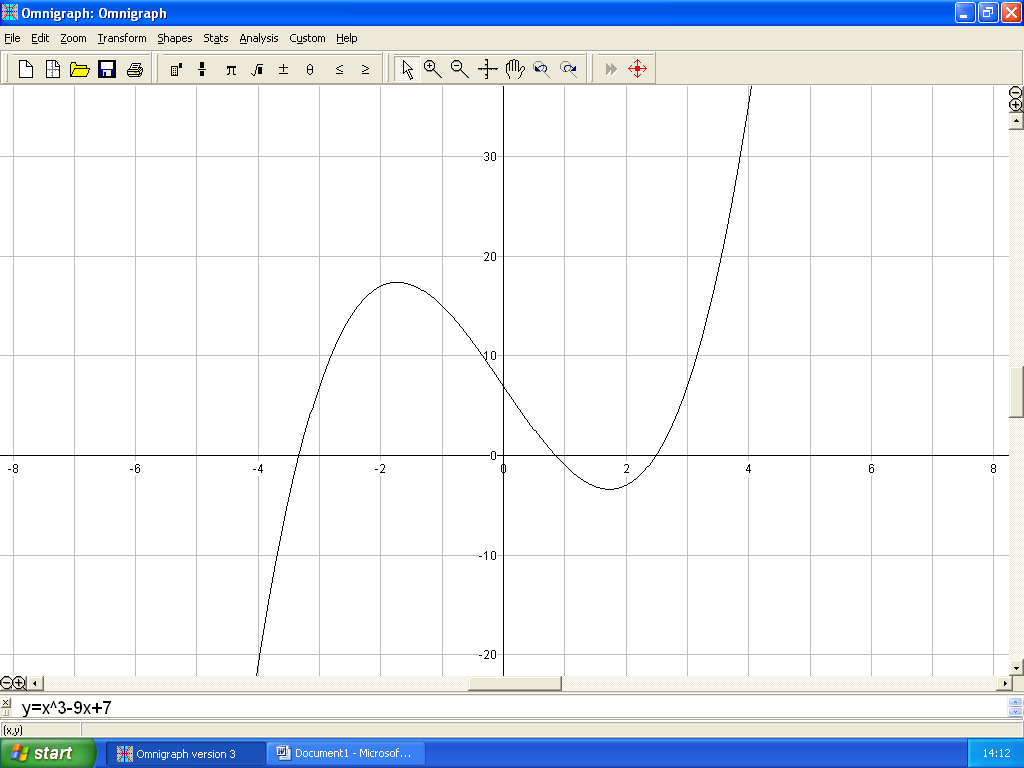 The roots of this equation are shown where the line crosses the X-axis. I can now see that the three roots of this equation lie between (-4,-3), (0,1) and (2,3). Due to the fact that I have only declared the roots to be within wide margins, I will need to use a different method to acquire a more accurate answer. Instead of simply saying “the root is about -3.3”, I can use a method called decimal search to find an answer to any degree of accuracy that I decide.

Decimal search works by finding two points on the x-axis of a graph, where between, the sign of Y changes, i.e. where the line crosses the x-axis. Without the graph I would be able to work out that the sign changes three times, meaning there are three roots.

This table shows the values of Y when X is between -5 and 4:

From this I can now work out a more accurate answer to where the roots lie. I now know that a root lies between (-4,-3).

It appears from the table that there is only a single root. However the curve of the equation looks like this: 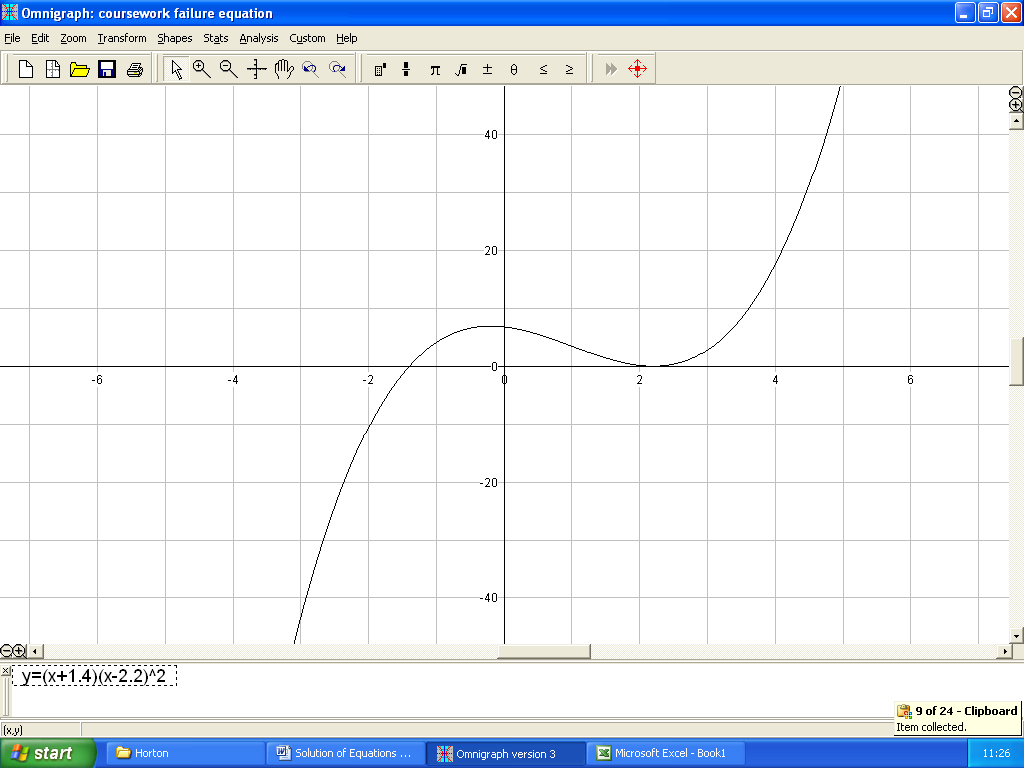 Rearranging into the Form x = g(x) 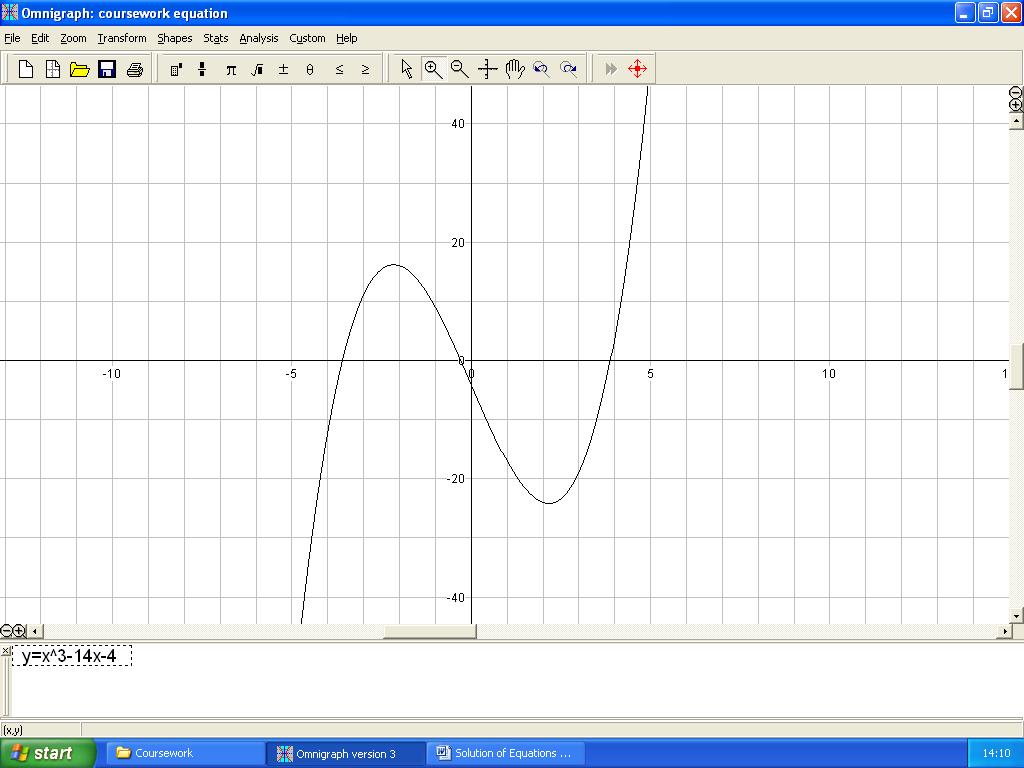 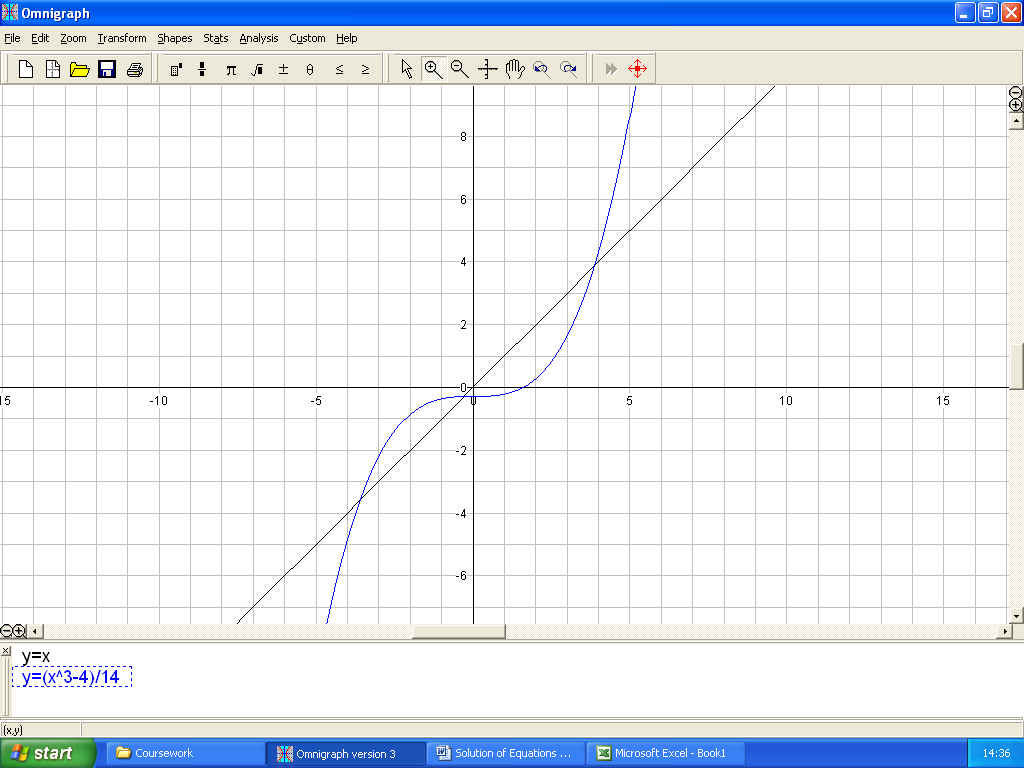 Comparing this to my graph, I can see that it looks correct.

Failure of rearranging into the Form x = g(x)

The rearranging into the form g(x) is a very easy method as it simply requires just putting the new answer into another simple formula. This is still a tedious method as it requires a lot of repetition.

Although the Newton-Raphson method can be slightly confusing and a mistake can be made easily, it is by far the quickest. The main problem occurring, by an estimate being made near a turning point that doesn’t occur close to the x-axis can be eliminated by using the decimal search method to find the rough points at which the roots cross the x-axis. The other problem that can cause this method to take a long time is by the original estimate being made not close to the root. This will result in it taking a long time to reach the root. This can however be eliminated by combining the decimal search method with Newton-Raphson. This will allow decimal search to find the rough points at which the roots occur, then allowing Newton-Raphson to close in on the root without suffering the repetition of decimal search.