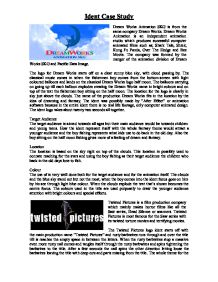 The logo for Dream Works starts off on a clear sunny blue sky, with cloud passing by. The classical music comes in when the fishermen boy comes from the bottom screen with light coloured balloons and lands on the classical Dream Works logo half moon. The balloons carrying on going up till each balloon explodes creating the Dream Works name in bright colours and on top of the text the fishermen boy sitting on the half moon. The location for the logo is clearly in sky just above the clouds. The name of the production Dream Works fits in the location by the idea of dreaming and fantasy. The ident was possibly made by “After Effect” or animation software because in the entire ident there is no real life footage, only computer animated design. The ident logo takes about twenty two seconds all together.

The target audience is aimed towards all ages but their main audience would be towards children and young teens. How the ident represent itself with the whole fantasy theme would attract a younger audience and the boy fishing represents what kids use to do back in the old day. Also the boy sitting on the half moon fishing gives more of a feeling of dream and fantasy.

The location is based on the sky right on top of the clouds. This location is possibly used to connate reaching for the stars and using the boy fishing as their target audience the children who back in the old days love to fish.

The use of is very well done both for the target audience and for the animation itself. The clouds and the blue sky stand out but not the most, when the boy comes into the ident focus goes on him by his see through light blue colour. When the clouds explode the text that’s shown becomes the centre focus. The colours used in the title are used purposely to draw the younger audience attention with bright colours and special effects. 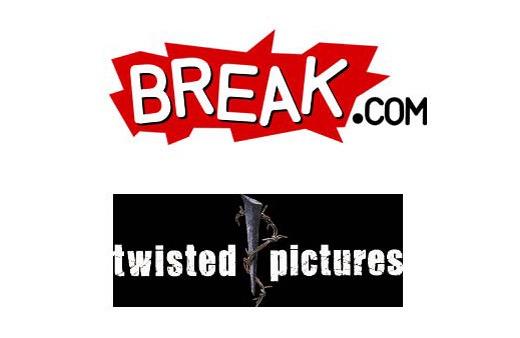 The Twisted Pictures logo ident starts off with the main production name “Twisted Pictures” and rusty barbwires runs through and over the title till is reaches the empty space in between the letters. When the rusty barbwires stop a massive even more rusty nail comes and tangles itself through the rusty barbwires and spins tightening the barbwires to the title. After a few seconds the nail spins the other direction letting loose the barbwires leaving the title with deep cuts and parts missing from the title. The whole theme for the ident is clearly human torture and horror so it gives a clear idea of what type of genre the film production makes. This helps audience get a slight insight into the film before the film starts.

For those who enjoy watching films like the Saw series Twisted Pictures gives a clear idea of what kind of film they make. The ident is shown before the film starts, so straight away you are given some information on what kind of film you are about to watch such as; pain, torture, blood and a lot of gore. For those who enjoy horror and gore film productions like Twisted Pictures is a good choice.

The location is in a black room with just the title “Twisted Pictures”. The barbwires appear from off the screen and begin to entangle themselves to the title. The rusty nail comes from the top of the screen. The whole theme of having a dark room gives more of a mis en scene feel to the genre horror making it more recognisable to the target audience. 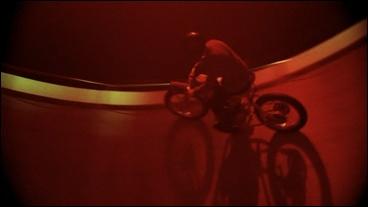 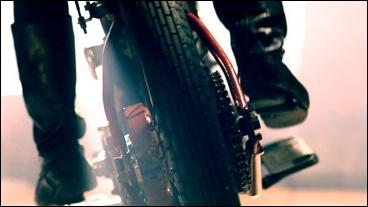 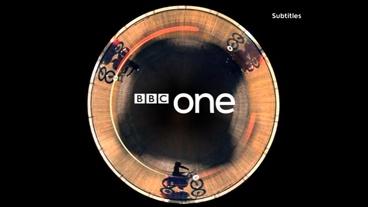 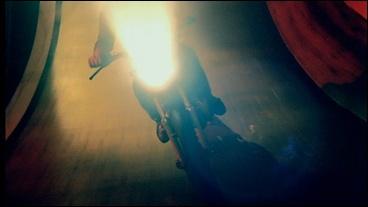 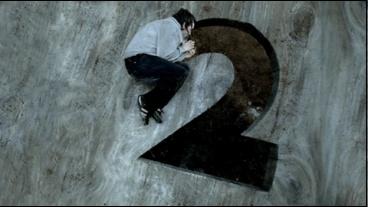 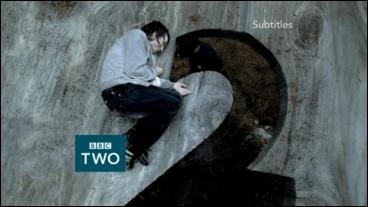 BBC Two’s ident has the same similar outtake to BBC One. Before a film or TV programme begins an ident will appear with a voice over usually a women telling the viewers what’s about to

start. Depending on the genre the ident will represent the genre in this case thriller.

The ident starts off with a man clearly being pursued by another person. The camera frame is a point of view shot at the same time an extreme close up of the BBC Two logo. The man jumps up and climbs through the logo and hides from the person that’ pursuing him. As the man lays their the camera slowly zooms out and you can see more clearly now that he’s hiding next to the BBC Two logo and underneath him fades in the classic logo BBC Two.

The location really fits into the sense of thriller and chase for the ident. It’s a classic scene to see a chase scene happen in a thriller. This ident would most likely be used before TV shows like Lost, Cold Case and films like Pursue and Runner.