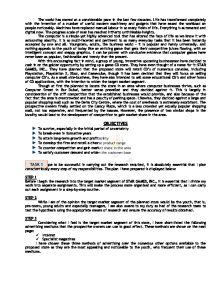 The world has moved at a considerable pace in the last few decades. Life has transformed completely with the invention of a number of useful modern machinery and gadgets that have eased the workload on people noticeably. Machines have replaced manual labour in so many fields of life. Everything is automated and digital now. The progress scale of man has reached hitherto unthinkable heights. The computer is a simple yet highly advanced tool that has altered the face of life as we know it with astounding alacrity. It is so multi-faceted and pertinent to so many everyday tasks that it has been instantly accepted by one and all. Youngsters, adults, the business world - it is popular and handy universally. And nothing appeals to the youth of today like an enticing game that gets their competitive juices flowing, with an intelligent concept and snappy graphics. It can be proven with conclusive evidence that computer games have never been as popular, fashionable and trendy that the present. With this encouraging fact in mind, a group of young, innovative upcoming businessmen have decided to cash in on the golden opportunity by setting up a game CD store. They have even thought of a name for it: STAR GAMES, INC.. They have planned that the proposed store will retail CD's of numerous consoles, including Playstation, Playstation 2, Xbox, and Gamecube, though it has been decided that they will focus on selling computer CD's. As a small side-business, they have also intended to sell some educational CD's and other forms of CD applications, with the intention to widen the target market segment. Though at first the planned to locate the store in an area where computer businesses thrive, such as Computer Street in Bur Dubai, better sense prevailed and they decided against it. This is largely in consideration of the stiff competition that the established businesses would provide, and also because of the fact that the area is overcrowded and has a paucity of parking space. ...read more.

The sections that come under this analysis have been shown below: "Social (External) costs are the costs paid by the rest of the society, other than the business, as a result of a business decision. Social (External) benefits are the gains to society as a result of a business decision. " "Private (Internal) costs are the costs of a business decision actually paid by a business. Private (Internal) benefits are the financial gains made by a business as a result of a business decision." - Business Studies Now! For GCSE Social cost Opportunity cost, since the money and resources could have been used for another type of business. An increased level of competition in the local area, which will in turn lead to: a) Lower prices from rival businesses in order to remain competitive, thereby reducing the profit margin per product sold b) A certain level of redundancy to maintain a high level of profits by reducing costs Social benefit The new business generates employment in the locality. The new business will provide a service to the local community The new business will lead to the positive effects of healthy competition such as: i. A wider range of products from the competing firms ii. Lowered prices in order to remain competitive Private cost * The various start-up costs, such as: i. i. Rent ii. Electricity iii. Stock iv. Cabinets and other equipment Private benefit Profits made from all initial sales Through cost-benefit analysis, I have weighed the pro's and con's of starting up the proposed business STAR GAMES, INC.. in the local area. As I have found that the private and social benefits largely outweigh the private and social costs, I would advise the prospective owners of the firm to go ahead with the planned business venture, as it would prove advantageous both to the owners and the local community. DRAFT MARKETING PLAN COLLATION OF QUESTIONNAIRE RESULTS The data collected from the primary research conducted is at present raw, and in its present form, of no use to me. ...read more.

FINAL RECOMMENDATION From all the possible methods of advertising and promotion that could have been selected, I have short-listed a few that will be most likely to have the desired effect on the target market segment. These methods have been classified as 'Above the line' and 'Below the line'. This is shown on the next page: ABOVE THE LINE BELOW THE LINE Internet Price reduction schemes Specialist magazines Competitions Net game centres Money back offers SOCIAL COSTS Before the marketing campaign is put into action, it is necessary to analyse what effect the business will have on various groups of people. These groups of people are known as stakeholders as they have a direct interest in the business. This will help me decide whether it would be worthwhile to put the planned business into action or not. This has been done in this section. The social cost incurred by the firm would be minimal. The store will indulge in no pollution, as it retails goods but does not produce them. There is a very slim likelihood of overcrowding or congestion in the area, as the store is aimed mainly at the local community. The only social costs affecting the local community will be opportunity cost, as the finance and floor space could have been used for another purpose. However, the business will have a marked effect on other similar businesses in the local area. The success of this store would be in direct proportion to the downfall of the two competing shops. They would have to reduce prices and increase product range in order to retain a certain customer base. They would also have to increase their advertising and promotional strategies in order to remain in the eye of the public. This would raise the expenses incurred and lower the average profit margin. The other two shops might even be driven to insolvency if this store is very successful. But this is how the commercial world operates. ?? ?? ?? ?? ...read more.