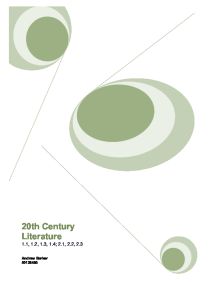 This essay is based on the final episode of Blackadder Goes Forth, Goodbyeee, where they finally go over the top to fight the Germans. There are many different types of deprivation especially when it comes to the soldiers that are in the trench.

This essay is based on the final episode of Blackadder Goes Forth, Goodbyeee, where they finally go over the top to fight the Germans. There are many different types of deprivation especially when it comes to the soldiers that are in the trench. There are two main parts to this deprivation, they are physical and emotional. The physical deprivation also normally led to emotional deprivation.

Prime examples of physical deprivation within the episode would be the lack of food supplies including drinks such as tea and coffee where Blackadder asks Baldrick to make him a cup of coffee and Baldrick has to improvise as they have run out of a lot of items so he has to use mud as coffee, dandruff as sugar and saliva as milk. Another being the lack of equipment where Melchett and Blackadder are talking about a previous war where the opposition did not have heavy machine guns but now the Germans do and Blackadder and the troops do not have weapons to match the Germans weapons they just have sticks, pistols and bayonets. They know that their weapons are no match for the Germans weapons which is why it turned the physical deprivation in to emotional deprivation in the form of being scared and worried therefore being a lack of confidence, hope and faith. The lack of training that the troops received was quite bad as they never had proper training in the field, they just had to bayonet sacks of straw as Baldrick explained which is not good as if they had of had more training with their pistols and other equipment there might have been a slight bit more of a chance of them surviving the war. Another big part of the physical deprivation is the conditions that they had to live in while they were in the trench. The trenches were just dug out from the ground therefore being cold, damp and really muddy, this obviously affected the hygiene of the soldiers who themselves looked dirty and smelt unpleasant. There was a shelter but this just a little wooden shack type building which looked like it had just been thrown together, this was for Blackadder as he was the captain and he stayed inside until he had to inspect the troops and when it was time for the off.

There were a lot more examples of emotional deprivation within the episode as well as the ones that had turned from physical deprivations. Emotional deprivation was a big issue with many different sad feelings. The main one which was for most of the characters in the trench was boredom where they are just sitting around waiting for the off where George says that he is as bored as a pacifists pistol and Blackadder says that there is bugger all to do except sit and wait and later in the episode Baldrick says about being stuck there for “three flippin’ years” and that they have not moved. There is a lack of knowledge for some people there in different respects, in one respect it is a lack of knowledge on why the war actually started such as when Baldrick in a long winded way asks why the war started and also the lack of knowledge in life itself such as illnesses where Blackadder kisses Baldrick and Baldrick states that if he has got it then Blackadder now has it too. Blackadder has a lack in enthusiasm within Goodbyeee where he, George and Baldrick are talking about a game of charades and having a sing a long of music hall hits and Blackadder just says that he thinks “bugger all might be more fun”. Baldrick has a lack of friendship in the trench as he explains to Blackadder that all his friends have died including Sammy his pet spider, Katie the worm and Bertie the bird and then Blackadder tells him that Neville the hamster is also dead to, so now he feels that he has lost everyone.  There is a lack of hope within the troop where Baldrick just wants to go home and pack it all in as he knows that there is going to be more killing and also Darling when he says that he “hoped to get through it all and go back to work for Pratt and Sons”. The lack of courage with Blackadder and Darling is similar; neither of them wants to go over the top, where Blackadder tries to get out of it by pretending to be mad, then later when he phones General Haig to get him out of there and General Haig tells him to try what he already has, and when Darling gets told by Melchett he is going to the frontline, he tries to get out of it by telling Melchett he does not want to but Melchett keeps cutting in to his sentences and finishing them off for him whilst twisting it. The lack of faith is a big thing with Blackadder himself, the indication that he is lacking it is in a few parts of the script such as where he says that they have been sat there since 1914 which in that time millions of men have died, where he is talking to Melchett about his men saying that they are “to become fine bodies of men”, as in they are all going to be killed and finally where Blackadder is talking to George saying that they will all be “cut to pieces by machine gun fire”. Towards the end of the episode the lack of bravery starts with a few of the characters, George says that he is scared, and then Baldrick says that he is scared too and when Blackadder asks Darling how he is, Darling says that he is not good at all and tells Blackadder that he has made a little note in his diary “just simply saying bugger”. Towards the end of the episode the guns stop going off and Darling, George and Baldrick all hope and think that the war has come to an end and they have lived through the great war, until Blackadder explains “the guns have stopped as they are about to attack”.

All these deprivations compared to what life is like in HQ is totally different, HQ is a proper building so it is nice and dry, with a log fire for heat, running water for fresh drinks and cleanliness, there is also not so much of a lack of food supplies, so they do not go without as much as the troops in the trench, therefore giving the officers living at HQ such as Melchett and Darling a much better life of comfort than what the troops in the trenches have.

Growing throughout the episode the soldiers have the support of each other for example where George says that it may be a bit risky, but its sure bloomin’ ‘ell worth it and where George is convinced that Blackadder is really mad and sends a runner to go and get Melchett. The support from each other gives the soldiers appreciation for each other and also gives them appreciation for the things that they do have. The soldiers are deprived of life, where they are stuck in the trench, not being able to do anything but they get by with a little help from their friends.

Linguistic features in this episode include alliteration and imagery. Alliteration is used a lot by George for example when he is talking to Blackadder and Baldrick about being bored, the words ‘pacifists’ pistol’ and a bit further on in the conversation he uses the words ‘Trinity’s toddlers’ as both words in both sets of words have the same sound in them they make it stand out more also George says “I’m as excited as an excited person who’s got a special reason to be excited”, using the word excited multiple time in this sentence creates a tone of happiness. Blackadder uses alliteration a couple of places, one where he is talking to George and says ‘asthmatic ant’ in his sentence and the other is where he uses the same word multiple times in a sentence “this is a crisis, a large crisis, in fact, if you’ve got a moment, it’s a twelve-storey crisis with a magnificent entrance hall” using the same word a number of times creates a tone of panic and sadness. Baldrick also uses alliteration in his poems especially the poem called ‘The German Guns’ which also takes us to imagery, in this case it is auditory imagery. Visual imagery was used by Blackadder and George one bit is where Blackadder says to George and Baldrick “General ‘Insanity’ Melchett invites you to a mass slaughter” which put the image of death, blood and guts everywhere and when George says “myself, and the fellows leap frogging down to the Cambridge recruiting office” gives the image of young men jumping over each other’s back down a street.

Although these being emotional deprivations, the lack of courage, hope and faith are directly linked to the physical side of deprivation, this is because most physical deprivations such as the lack of weapons lead to them knowing that there is no hope for them so they lose their faith and courage. As time goes on through the episode they provide each other emotional support and this begins to bring each other’s hope back and wish each other luck just before they climb the ladder to go over the top.

The characters change within the episode due to the deprivations as they become more apparent, for example at the beginning George is a happy person who seems to be enjoying his time in the army, looking forward to going over the top but, as it goes through the episode and George starts realising that they are not going to come out of it alive, his normal happy self seems to disappear and he begins to get more worried and scared. Baldrick most of the way through act as if he has not got a care in the world, as he says himself, he is just a ‘poor gormless idiot’ and yet again like George, towards the end he gets scared as he is becoming more aware and wise of what is about to happen to him and the others.

In conclusion, this episode of Blackadder shows a lot of different deprivations in both the physical and the emotional ways. From the beginning of the episode the deprivations are not so clear but as it goes on the deprivations become more apparent. This was achieved due to the linguistic features within the episode to show the development of the characters and the increase in deprivation.