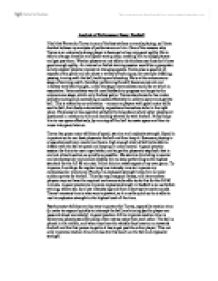 Analysis and performance for football

I feel that Fernando Torres is one of the best strikers currently playing, so I have decided to base my analysis of performance on him. One of the reasons why Torres is an extremely strong player is because he has very good agility. He is able to change direction and speed very quickly, enabling him to dodge players and get past them. Weaker players are not able to do this because they don’t have good enough agility. An interval or fartlek training session would be appropriate to help weaker players improve at changing speeds. Torres also is good at all aspects of the game and can show a variety of techniques; for example dribbling, passing, turning with the ball, tackling and shooting. He is at the autonomous stage of learning a skill, therefore performing the skill becomes natural and involves very little thought, unlike the stage intermediates would be at which is associative. Intermediates would need feedback to progress and to get to the autonomous stage, which only the best get to. Torres also shows he has motor skills by moving and controlling muscles effectively in order to sprint and get the ball. This is related to co-ordination – as soon as players with good motor skills see the ball, their body automatically repositions themselves to be in the right place. He shows he has cognitive skills by thinking about where other players are positioned in relation to him and deciding what to do with the ball. It also helps him to use space effectively, by running off the ball to create space and then to move into space later on.

Torres has gross motor abilities of speed, stamina and explosive strength. Speed is important so he can beat players to the ball and then keep it. Someone playing in a less advanced team would not have a high enough level of skill to be able to dribble with the ball at speed and keeping it under control. A good practice session for this is to use a rope ladder, and to get the players to step both feet in and out of each section as quickly as possible. His stamina (including muscular and cardiovascular endurance) enables him to keep performing to the highest standard for the full 90 minutes. I think this is a weak aspect of my own game. To improve, I could go for regular long low intensity runs to improve my cardiovascular endurance. Finally, his explosive strength helps him to make sudden sprints for the ball. This also requires good fitness, and intermediate players may not have the required endurance to be able to do this for the full 90 minutes. A good practice to improve explosive strength in football is to use fartlek training, where you do a low intensity jog and then a short sprint continuously. Torres’ recovery time is also very important, as it must be quick so he is able to use his explosive strength to the highest level all the time.

Psychomotor abilities are also very important for Torres, especially reaction time (in order to respond quickly to intercept the ball) and aiming (so the player can pass and shoot accurately). A good practice drill to improve reaction time is where two players stand by cones a few metres away from each other. The ball is placed in the middle, and when they hear the whistle they have to run towards the ball and the first person to get to it has to get past the other player. This not only improves reaction time, but also the first touch on the ball and explosive strength.

Unlike intermediate players, Torres has the ability to make the skill he is performing more self-paced, which is something I am unable to do. For example, when trying to get past a defender, he can decide when to complete the skill because he has great control over the ball. For learners or intermediates, then the skill will be more externally paced, because they are not completely in control.

Football includes lots of open skills. For example, before performing the skill, you have to take into consideration where the other players are positioned, what the surface you’re playing on is like and what is happening at the time, for example, if you’re in the attacking half or the defending half. You constantly need to adapt what you’re doing to suit the changing environment. It is best to learn these skills in a closed environment in order to get the basics right, then move onto an open environment so you can improve and get ready for a game situation. Football also involves interactive skills because you are constantly interacting and having contact with other players, and you need to work as a team in order to win the game.