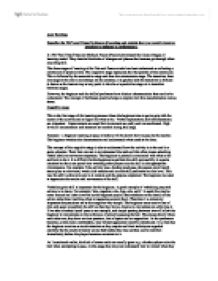 Describe the Fitt's and Posner's phases of learning and explain how you would structure practices to enhance a performance.

Amy Bowring Describe the Fitt's and Posner's phases of learning and explain how you would structure practices to enhance a performance. In 1967 Paul Fitts (Fitts) and Michael Posner (Posner) developed the Classic Stages of learning model. They detailed the kinds of changes and phases that learners go through when acquiring skill. The three stages of learning of the Fitts and Posner model are best understood as reflecting a continuum of practice time. The cognitive stage represents the first portion of the continuum. This is followed by the associative stage and then the autonomous stage. The transition from one stage to the next is not abrupt; on the contrary, it is gradual and the transition is difficult to detect as the learner may at any point in time be at a particular stage or in transition between stages. However, the beginner and the skilled performer have distinct characteristics that need to be understood. The concept of deliberate practice helps to explain how this transformation comes about. Cognitive stage This is the first stage of the learning process where the beginner tries to get to grip with the nature of the activity and to figure out what to do. Verbal explanations and demonstrations are important. Improvements are rapid but movements are jerky and uncoordinated. ...read more.

The players know where each other are, they have no time pressure, lots of space and no opposition. As the performer becomes a little more comfortable, very limited opposition could be introduced. It is vital that the beginner receives as much attention as they require and their techniques regarded carefully by the coach or trainer so any bad habits they may surface can be rectified immediately before the player becomes accustom to it. As I mentioned earlier, the kind of errors made are usually gross e.g. a hockey player miss the ball when attempting to pass. At this stage they may not understand how to correct what they are doing wrong. This is where feedback from coaches is vital and should involve visual demonstration, verbal instructions and/or manual physical guidance. Associative stage The performer now understands the activity. Specific motor programmes and subroutines are developed and consistency and coordination improve. The aim of the learner is to begin to associate the 'feel' of the movements with the end result. Gross error detection and correction is practised and detailed feedback is utilised. Example - the novice hockey player will now practise the pass, perhaps by practising the sub-routines. ...read more.

The learner is now able to attend to other cues such as tactics and strategies. This stage is only reached by the very skilful. The lack of conscious control to movement production enables the performers to free their attention mechanisms to deal more affectively with the conditions surrounding them e.g. other players, obstacles, tactics and strategies. Example - the hockey pass has been learnt and the player can now pass with little conscious effort. Performers are now capable of identifying their own errors and are able to correct them themselves. Performers should be encouraged to contribute to their own improvement through self analysis. Now little conscious attention should be required for the actual technique therefore the player can begin to think about other things such as tactics, strategy and disguise because the player does not have to think about each component of the technique. This is something that most players, when they reach this level will attain themselves however it can be encouraged by pressure practices and game like situations which will enhance the skill. Accuracy, consistency and fluidity can be improved on in similar situation which result in the player being able to perform the skill comfortably and to its maximum effect enhancing the overall performance of the player. Coaches feedback is still important during the autonomous stage. ...read more.