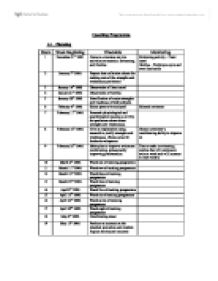 - As the swimmers method of breathing did not require a breath for the recovery of the left arm, the head should not rotate along with the body. Instead the eyes always look straight down until the swimmer decides to breathe although this swimmer clearly turned his head despite not even taking a breath. - The rolling like a log movement continued although the arm was not as straight as it should have been, the head should also have rotated with the body. - The fingers were also spread which weakened the force applied from the whole arm movement. - The hand should also have passed closer to the body although this could be put down to the flexibility of the swimmer. - It was clear that the swimmer rotated too far (more than 45 degrees) which could have affected the propulsive force applied. - The feet dropped too far below the body's depth altering the slope that should be kept, causing a resistance to the forward motion and causing problems with the rhythm of the breathing. - The feet dropping also caused problems when the left arm as it went through the recovery stage because the whole arm would be so close to the surface of the water it would be difficult for the elbow to exit first and to keep it higher than the hand throughout. The main weaknesses were the over rotation and the timing at which the sweeps were carried out in proportion to the opposite arms. On the next pages I will explain these strengths and weaknesses with the use of photographs of a swimmer who performed the movement for me. C1 + C3 Activity - 110m Hurdles Strengths Here I will list the list the strengths that were recorded on my data collection sheet when the hurdler was being recorded: - Following the start, the athlete approached the hurdle with good sprinting style, hips high. ...read more.