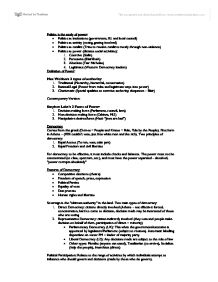 * 2nd/3rd party could gain support on 2nd/3rd preferences as they are least objectionable, but not first choice. How does the SV system work? * The country is divided into single member constituencies. * Voters in each constituency have two votes. * Voters' first preferences are counted and if one candidate gets over 50% of the vote he/she is elected. * If, however, no candidate manages to win 50% of the vote the two highest scoring candidates are retained - the rest are eliminated. * The second preferences are then examined and any votes received by the two remaining candidates are redistributed. Whoever now has over 50% of the vote, wins. What are the advantages of SV? * There is still a link between constituents and MPs. * It overcomes one of the flaws of the AV system; as it is between the first two parties, it is guaranteed that the one elected based on second preference votes has a majority of first preference votes. * It ensures majority support of the winner and creates strong government. * It reduces the number of wasted votes. What are the disadvantages of SV? * Smaller parties do not have much of a voice - there is still a lot of under-representation. * Votes do not equate to seats - often there is over-representation of the winning party. * Tactical voting could still be an issue. How does STV work? * The country is divided into multi-member constituencies. These constituencies would be much larger than in FPTP and would return more than one representative. * Parties can put up as many candidates as they like and voters have the opportunity to rank all candidates in order of preference. * Seats are allocated on a quota system. For each constituency, all candidates who meet the quota are elected. ...read more.