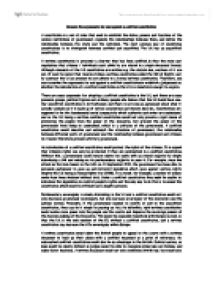 Discuss the arguments for and against a codified constitution