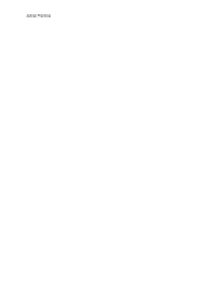 How effective has the US been at defending civil liberties at a time of heightened security?

﻿James Prentice ________________ How effective has the US been at defending civil liberties at a time of heightened security? The constitution was written to ensure that civil liberties would be protected at all times, especially when the security of the nation was threatened. There is emphasis on the importance of protecting civil liberties during a national crisis, not because civil liberties become more important but because they become more vulnerable. Most governments do not like to meddle with civil liberties, not only because of their particular ideologies but because it is tremendously unpopular with the public. However, some governments become tempted to do so in times of heightened security. They are tempted to alter or ignore the civil liberties of a few to save the masses. Civil liberties which are mostly spelt out in the Constitution, guarantee the protection of persons, expression and property from arbitrary interference by the government. The United States Constitution, especially its Bill of Rights, protects civil liberties. The passage of the Fourteenth Amendment further protected civil liberties by introducing the Privileges or Immunities Clause, Due Process Clause, and Equal Protection Clause. During the civil war President Lincoln suspended habeas corpus. Habeas corpus is a writ (legal action) which requires a person under arrest to be brought before a judge or into court. ...read more.

Then, in Hambi vs. Rumsfeld, the Court built on the Rasul decision to rule that one of the specific constitutional protections to which detainees were entitled was to challenge their detention before and impartial judge and declared that ?a state of war is not a blank cheque for the president when it comes to the rights of the nation?s citizens?. This is a great example of the US defending civil liberties during a time of heightened national security. Also, the administration of George W. Bush set up military tribunals to provide a judicial mechanism for the detainees. When it was challenged, in Hamdan vs. Rumsfeld, the Court ruled that the detainees could not be subject to military trials without the specific authorisation of Congress. It is unwise to make definitive judgements about the Roberts era after just four terms. However, on the basis of early indications the main trend has been for the Roberts Court to move in incremental, or minimalist, steps towards an originalist understanding of the Constitution on the country?s most controversial issues. Another way of looking at the early years of the Roberts Court is, as the New York Times put it, that the Constitution ?means what Justice Kennedy says it means?. ...read more.

The Bush administration responded with a strategy that included two elective wars, illegal surveillance, indefinite detention without trial of both citizens and non-citizens, torture, secret prisons, ethnic and religious profiling, infiltration and intimidation of activist groups, dereliction of multiple international human rights agreements, and support for brutal pro-U.S. dictators overseas. In my opinion civil liberties in the US are under threat too often. Many argue it is acceptable to temporarily suspend or alter laws regarding civil liberties during times of heightened national security. However, the executive often abuses this, for example, using the situation as an excuse for illegal surveillance or more importantly threatening civil liberties when the national security is not in danger. This has understandably led to general mistrust of the executive. This is something Tom Heard, a civil liberties expert, feels strongly about, ?Never trust the president, no matter who the president is. This cardinal rule of government was central to the Founding Fathers' thinking when they drafted the Constitution, but even they lived to see George Washington transformed into demigod status by biographers. Never trust the president. This is what Americans learned after Watergate, and it is the lesson we as Americans should be learning now. Never trust the president. It is a lesson that the Obama administration will teach us, just as the Bush administration has.? ...read more.