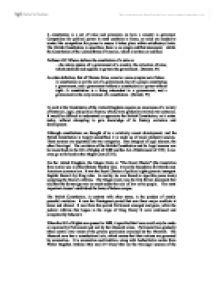 Life in 18th century America was harsh, the colonists, most of whom were from England, were fiercely loyal to their colonies, land and each other. The colonists were loyal subjects of the English King, George ???, although this was short lived. In a mere thirteen years these so called loyal subjects had turned into rebels, intent on expelling Britain from the world it had dominated. The colonies were intent on their freedom, tired of having to share any wealth and the rule of an oppressive Monarch. It was the Proclamation Act of 1763, the Sugar Act and then the final pivotal law, the Stamp Act that started the first smouldering fires of revolution. With continuous pressure in the form of new taxes from the British parliament and demand of payment after the events of the Boston Tea Party, the fires started to rage. The first continental congress met in Philadelphia in 1774. Canada was invited to join in with congress and the Continental Association was established. It was a pamphlet by Thomas Paine called 'common sense' that was to convince the people that independence was for them. A writer called Thomas Jefferson was asked to write a declaration, which was accepted by a vote in congress and was formally accepted on 4th July. All legislative powers herein granted shall be vested in a congress of the United States. (US Constitution) The US constitution is a single codified document. US congress like the British Parliament is also a Bi-cameral system with two chambers. ...read more.

The government also showed commitment to human rights by the passing of the Human Rights Act 1998. Unlike those who's governments have a written constitution or a Bill of Rights (the USA added ten rights), the Human Rights Act helps people to be aware of their freedom, adding key rights into UK law. A constitution for the EU was agreed in Brussels on 18th June 2004. It was signed recently at the end of October 2004. The constitution brings together for the first time all of the treaties and agreements on which the EU is based. It will define the power of the EU, stating where the member states retain their right of veto. For instance, direct taxation, foreign and defence policies and the budget. It will also define the role of the EU constitutions. The signing of the EU constitution has caused outrage amongst the opposition Conservative Party, particularly outspoken was its current leader Mr Micheal Howard. Concerned that we would become part of a 'United States of Europe' and the effect it could have on British businesses. It will however allow those states that wish for closer relations to do so, for instance the states that have joined the single European currency, The Euro. The EU Constitution will only become law if it is ratified in all 25-member states. This must be within two years of it being signed. If this progressed it could be possible to have a common foreign policy. Particularly useful as we live under constant threat from terrorism, would be a common defence policy. With many in disagreement over the war in Iraq for example, and the best defence and protection from terror, one common defence policy is unlikely. Watch this space. 2 ...read more.