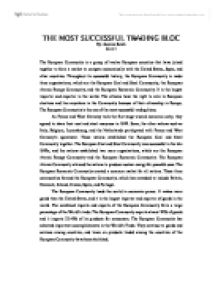 The European Community is a group of twelve European countries that have joined together to form a market to compete economically with the United States, Japan, and other countries.