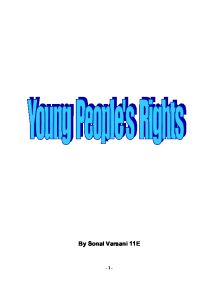 Grooming children They may spend a lot of time building the relationship before the abuse begins. This often results in the child trusting and becoming dependent on them. This is called grooming. The abuser may seem to be a safe and reassuring figure. He may also convince himself that he is doing no harm to children. Keeping secrets The child becomes more dependent on the abuser and in order to keep the abuse secret the abuser will use the child's natural fear, embarrassment or guilt about what is happening. A child who talks and shares feelings with parents and others is less likely to become dependent on a single abusing adult How can I keep my child safe? * Build open and trusting relationships with your children * Keep an eye on any changes in your child's behaviour * Make sure your child understands about sex * Talk to your children about sexual matters when they start to show an interest * Explain the difference between 'good' and 'bad' secrets * Sexual behaviour between children can become abusive. Seek advice if you are worried You can phone the NSPCC Child Protection Helpline on: 0808 800 5000 or speak to your GP or Health Visitor. How will I know if my child is being abused? When abuse is discovered, parents often say there were no obvious signs to make them suspect their child was being abused, even when the abuser was their partner. However, although the following behaviour does not necessarily indicate abuse, sometimes a child who is being abused will: * Start to show fear or avoid being alone with a particular person * Appear unusually clingy or show other changes in their behaviour * Talk about secrets or ask anxious questions * Describe possible grooming behaviour by an adult * Display sexually precocious behaviour * Appear depressed or withdrawn. What should I do if I'm worried? ...read more.

The success of my research method was I found useful secondary evidence to support my second evidence. This showed my second hypothesis was a complete success. I was pleased with my sampling frame for my primary evidence as they all accepted to fill in my questionnaire and took it seriously. I was good at being ethical because my sample were not nervous to fill in my questionnaires, as I did not ask for their personal details. However the results of my primary evidence did not agree with my first hypothesis. This could be due to many factors. The questionnaire could be a factor as I did not write down the current age in law young people are able to obtain the rights, which would confuse the sample as they might not have known what the current age in law is for each of the rights. Also it could be that my sample was too small which means I did not get relevant results. My sample is therefore unrepresentative for my thirst hypothesis. If I were to start this investigation again I would widen the sampling frame and improve my questionnaire. My research has been useful for my second hypothesis but not for my first. I managed to collect enough secondary evidence to prove my second hypothesis. However I failed to collect useful primary evidence making my first hypothesis unsuccessful. I think my secondary data was valid. My primary data however was not valid, as it didn't support my hypothesis. This could be because the majority of my sample of younger people may have been mature about the age young people should be to be able to use rights. I would have liked more qualitative and quantitative evidence from my primary data. Overall I did enjoy doing the research although I was partly unsuccessful. On the other hand I have learnt from my mistakes, which has improved my skills as a researcher. I am now very well aware about the problems of doing research and it is not as simple as I thought it would be. - 1 - ...read more.