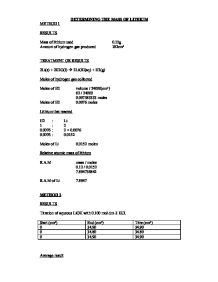 DETERMINING THE MASS OF LITHIUM