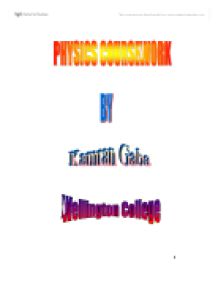 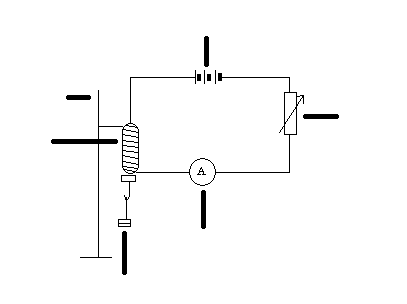 However, if I do not reach the part of the graph where the points level off (if there is not enough current to line most of the domains up), then I will only plot the first part of the S-shape, corresponding to an x2 graph (a parabola of a quadratic equation).

As a summary, I believe that as the current increases, more mass will be picked

The third factor, which may have affected my results, was the error in my measurements of mass. The masses I used (excluding the mass of the hook, attached to the electromagnet to hold the masses) were either 100g masses or 50g masses. This meant that the error in measurement was 50g. This made the test unfair, creating possible anomalous results. However, I tried to keep the graph as fair as possible by creating error bars on the graph to account for this factor.

Finally, I could make a few improvements to this experiment, to make it even fairer. Firstly, I could perhaps record my current every 0.1A rather than 0.2A as this helps to make the experiment fairer with a smaller error range.

I could also repeat the experiment 5 or 6 times to iron out any outliers and keep the results as compact as possible, with an almost perfect correlation for the graph.

Lastly, instead of using masses of 50g, I could use masses of 10g. This would help to reduce the size of the error bars shown on my graph.