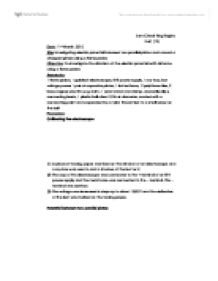 Objective: To investigate the vibration of the electric potential with distance using a flame probe 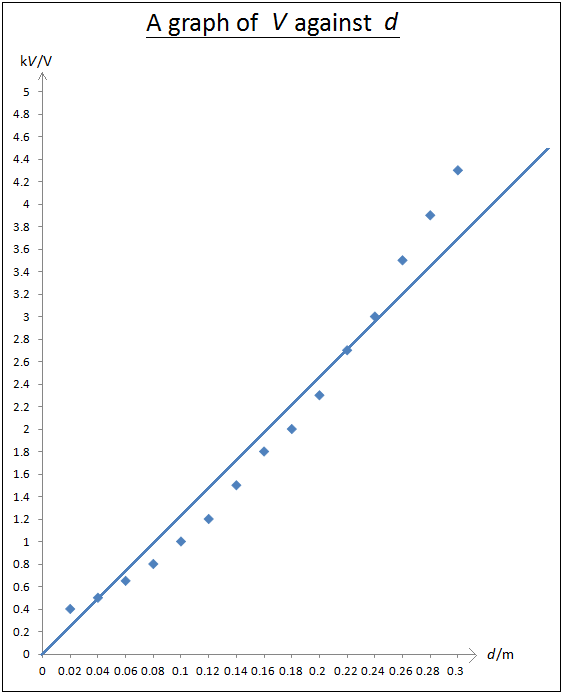 A graph of V against d gives a straight line with positive slope passing through 0. It shows that the electric potential measured by the probe is directly proportional to the distance of the probe from the earthed plate.