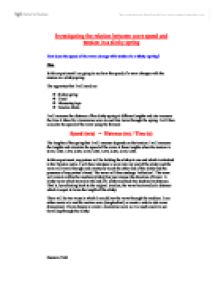 How does the speed of the wave change with tension in a slinky spring?

In this experiment I am going to see how the speed of a wave changes with the tension in a slinky spring.

The apparatus that I will need are:

I will measure the distance of the slinky spring at different lengths and also measure the time it takes for a transverse wave to oscillate twice through the spring. I will then calculate the speed of the wave using the formula:

From my scientific knowledge a wave is a disturbance that travels along a medium from one end to the other. I can say that the speed of a wave depends upon the properties of the medium through which it is transmitted. The factors that effect wave speed are the tension of the medium and the mass density of the medium. The medium in this case is the slinky spring. The amplitude and the frequency of a wave do not affect the wave speed. The theory to be stated is:

After I have obtained my results I will plot a graph to see if this theory is correct.

The results have been recorded in the table below. As explained earlier, I repeated this experiment three times and so have three different time recordings.

I conclude that the theory that was to be tested it correct. As the tension in a slinky is increased so does the wave speed proportionally. From analysing the graph I can say that this experiment was not very accurate as I had one obvious anomaly. However, the results still agreed with the theory. The points are spread out and are on or near the line of best fit (excluding the anomaly).

The main reason for me saying that this experiment was not very accurate is because I had to create a wave myself and to make this experiment fair I had to use the same amount of pressure for creating a wave movement each time. This obviously cannot be controlled to an exact pressure which will be used, however, a rough estimate was used. This could have caused me to have the anomalous result in my observations.

If I was to do this experiment again I would use a tape measure that has much better precision as it is more practical to use. This would limit the number of anomalous results. Also, I could make sure that I will use the same amount of pressure on creating a wave each time. This is a major factor that has to be considered to make the experiment a fair test. 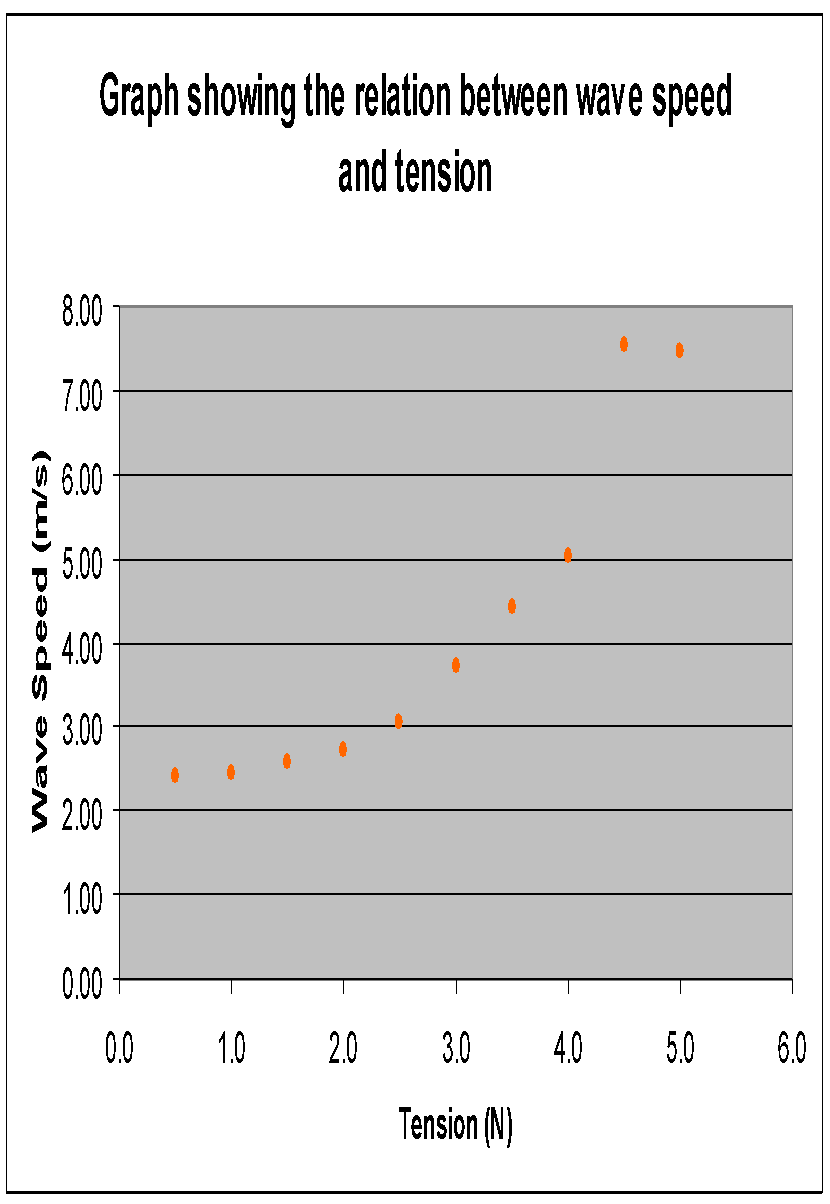