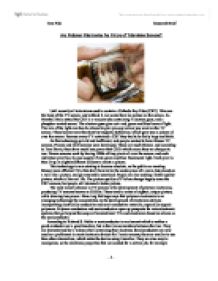 Is polymer electronics the future of TV screens

Are Polymer Electronics the Future of Television Screens? 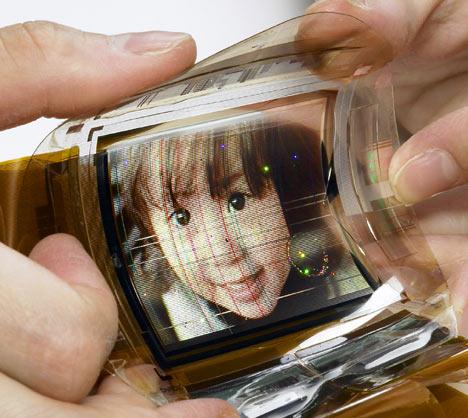 Until recently all televisions used to contain a Cathode Ray Tube (CRT). This was the basis of the TV screen, and without it, we would have no picture on the screen. As Marshall Brain stated the CRT is a vacuum tube containing 3 electron guns, and a phosphor-coated screen. The electron guns give out a red, green and blue beam of light. The mix of the light can then be altered to give you any colour you want on the TV screen. These beams were then bent by magnetic deflection, which gave you a picture all over the screen. Because every TV contained a CRT they had to be fairly large and thick.

As this technology got old and inefficient, and people wanted to have thinner TV screens. Plasma and LCD screens were developed. These are much thinner, and according to Tom Harris, they draw much less power than CRTs which mean they are cheaper to run. Plasma screens work by having 1000s of tiny pixels all over the screen, and each individual pixel has its own supply of red, green and blue fluorescent light. Each pixel is then lit up in slightly different colours to create a picture.

There are a wide range of printing processes which can be used, but the most common are ‘gravure’ and ‘flexo’ printing. Gravure printing is when the printed structure is engraved on a steel cylinder, while in flexo printing the pattern is made in a raised structure of plastic material.

One of the most current uses for polymer electronics is in the production of super-thin TV screens, known as OLEDs. OLEDs mainly consist of at least four different layers, a top and a bottom electrode with a semi conductive and electroluminescent organic layer in between. All placed on top of a thin substrate. When electric power is applied between the electrodes, the electroluminous materials emit light. The light can be of different colours allowing OLEDs to be used either for displays, or just simply as a light source. 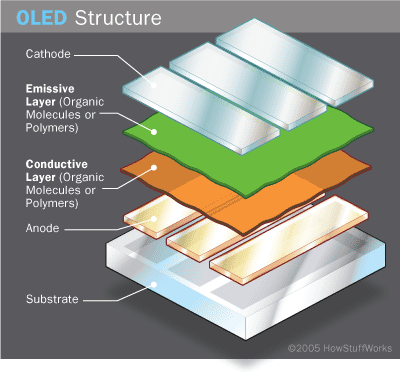 An OLED consists of the following parts:

Substrate – usually made of clear plastic, glass or foil and is used to support the OLED

Emissive layer – Made from different organic plastic molecules which transports electrons from the cathode. This is where the light is made

Polymer electronics is the new technology platform that is paving the way for innovative thin, flexible, large area electronic devices which can be produced in very high volume, hopefully at a low cost. The technology is bases on conductive and semi conductive organic materials. These materials can be from many different classes, including organic molecules and polymers. In order for the technology to expand OLEDs need to be able to be produced in high volumes on flexible substrates, one method of doing this is by ‘printing’.

Polymer electronics has a huge potential in many different areas of applications. But now, in order to make sure that this is the technology of the future we need to be able to advance our ideas and coagulate them, so we are able to meet the needs of the future, such as energy efficiency at a low cost.