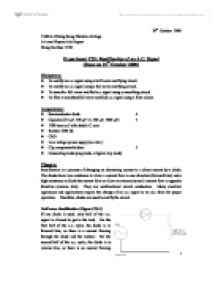 Rectification is a process of changing an alternating current to a direct current by a diode.  The diodes have low resistance to allow a current flow in one direction (forward bias) and a high resistance to block the current flow or allow an extremely small current flow in opposite direction (reverse bias).  They are unidirectional circuit conductors.  Many electrical appliances and applications require the change of an a.c. signal to its d.c. form for proper operation.  Therefore, diodes are used to rectify the circuit. 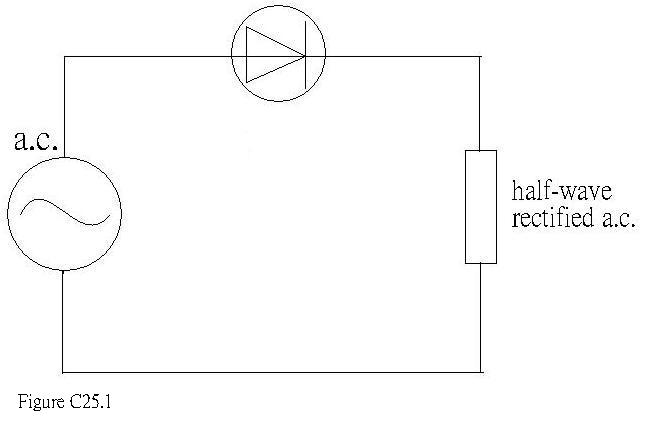 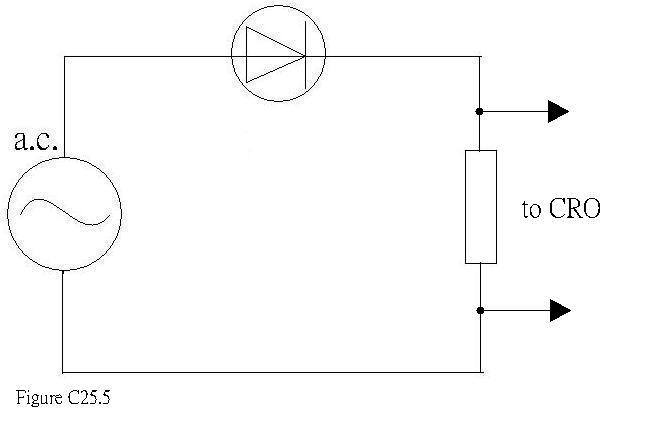 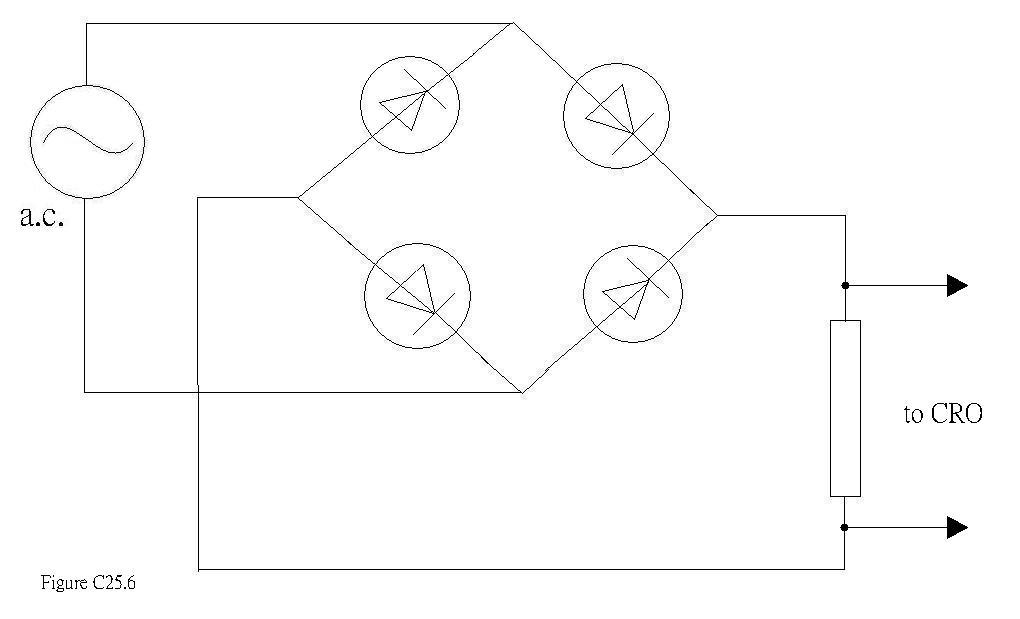 The capacitance of a storage capacitor should not be too large.  If it is too large, the diodes may be damaged because of the large flow of charge generated by the capacitor.

When waveforms E1 and E2 are compared, the former one is just like a straight line, but the latter one has large ripples, even larger than those in waveform D4. The C-cores are used to concentrate the magnetic field in order to produce induced emf with high efficiency.  If C-cores are absent, the efficiency will be too high, and that explains waveform E2.  Therefore, it is better to use the C-cores in the inductor.