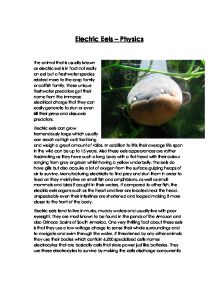 Physics - How Electric Eels Generate and Use Electricity.

The animal that is usually known as electric eel is in fact not really an eel but a freshwater species related more to the carp family or catfish family. These unique freshwater predators got their name from the immense electrical charge that they can easily generate to stun or even kill their preys and dissuade predators. 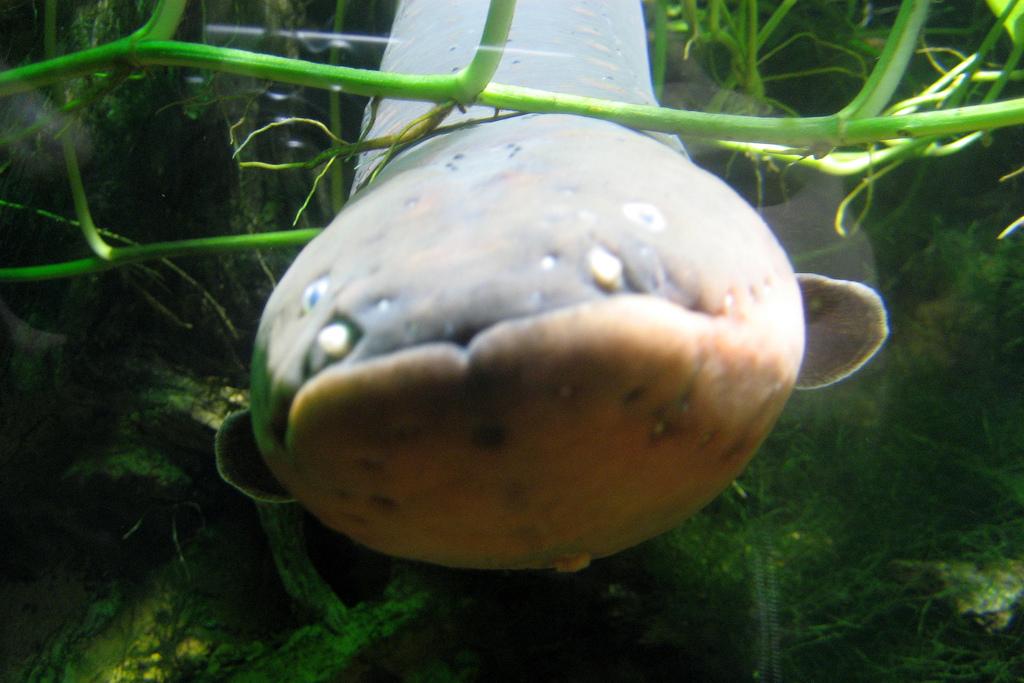 Electric eels can grow tremendously large which usually can reach as high as 8 foot long and weigh a great amount of 45lbs. In addition to this their average life span in the wild can be up to 15 years. Also these eels appearances are rather fascinating as they have such a long body with a flat head with their colour ranging from gray or green whilst having a yellow underbelly. The eels do have gills but also acquire a lot of oxygen from the surface gulping heaps of air to survive. Manufacturing electricity to find prey and stun them in order to feed on they mainly live on small fish and amphibians, as well as small mammals and birds if caught in their waters. If compared to other fish, the electric eels organs such as the heart and liver are located near the head. Unspeakably even their intestines are shortened and looped making it more closer to the front of the body.

The electric eel, also interestingly has three separate for where it produces charge. The need for having three separate organs around the body is to perform the separate roles and applications of its capability to generate electricity. 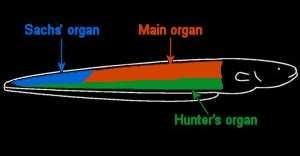 The Hunter’s & Main organs are used to generate high voltages of power in order to use for protection , fright reflexes and to stun any prey. The Sach’s organ is only able to generate low pulses of electrical energy as its function is mainly for communication and navigation.

Here are electrocytes stacked in a particular arrangement, each stack being insulated from the next. Every stack of thousands of electrocytes acts as a battery that can make voltages of up to 600V. The separate stacks of cells then combine to give the electric eel the ability to generate a sizeable pulse of electricity. Ordinary pure water is  a poor conductor of electricity compared to the waters of where electric eels live which have more salts and other minerals which make them conductors. When an electric eel generates electricity and shocks the water the current flows out the front of the eels body, through the water and then back into the eels tail. Any other living things in the water will feel the stunning and shock effect from the electric eel’s current as it goes through them.

How These Electrocytes Generate Electricity

Compared To A Biological Lemon Cell

We will be investigating the emf of a lemon cell which is similar and can be compared to an electroplaque in other words an electrocytes. 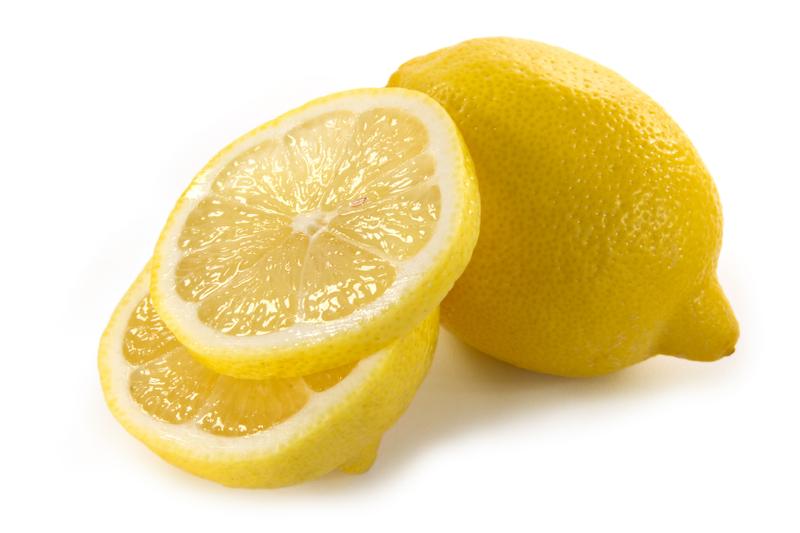 To start the experiment we will insert two different metallic objects which are copper-coin and a zinc coated nail. The copper coin will basically be the positive electrode or cathode and the zinc coated nail would be the electron producing negative electrode or anode. Both of these would act as an electrode causing a reaction to generate a small potential difference.

The energy for the battery doesn’t actually come from inside the biological lemon but comes from the chemical change in the zinc. The zinc is oxidized inside of the lemon which makes it exchange some of its electrons so that it can reach a lower energy state, and the energy that is released provides the power. The lemon is merely the environment in which this can happen. But the reason why a lemon is used is because of its high acidity .