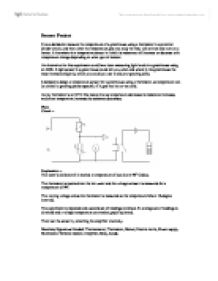 I have decided to measure the temperature of a greenhouse using a thermistor in a potential divider circuit, and then when the temperature gets too cold, the relay will activate and turn on a heater. A thermistor is a temperature sensor in which its resistance will increase or decrease with temperature change depending on what type of resistor.

An alternative for this experiment could have been measuring light levels in a greenhouse using an LDR. A light sensor in a green house could tell you when and where in the greenhouse the most intense sunlight is, which you could you use to aid your growing skills.

I decided to design a temperature sensor for a greenhouse using a thermistor, as temperature can be critical in growing plants especially if it gets too hot or too cold.

The water is boiled until it reaches a temperature of just above 90° Celsius. 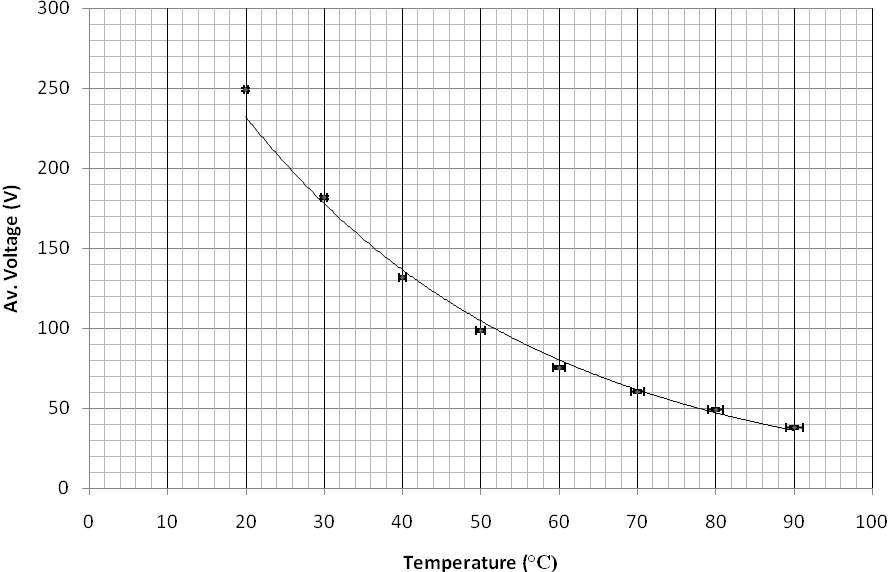 The issue of safety is very important in any experiment. In this experiment there is no really serious risk. However even minor concerns cannot be overlooked.

The major safety points considered include

Apart from these few points there is nothing serious to be considered.

My sensor could be improved in a number of ways. Firstly, I could have measured the change in resistance with temperature and not voltage. This is because using resistance as my variable would have given me a much clearer linear logarithmic graph making deducing values much easier and reliable.