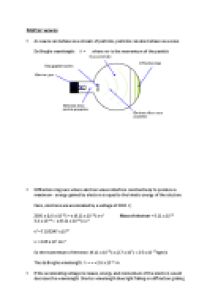 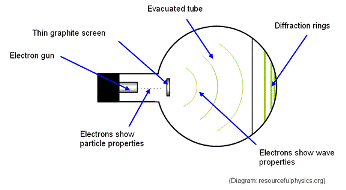 Here, electrons are accelerated by a voltage of 2000 V;

In electron microscope, electrons are accelerated through 30000 V have wavelength         of about 10-12 m, and so can produce images of object as small as a nanometre.

When probing matters, the accelerated particle has to have a wavelength about the         same size as the particle it is colliding with. So for electrons to probe the proton, its         de Broglie wavelength should be about the same as the proton diameter 2.4 x 10-15

So it is suggested that electrons can only have certain discrete values/ quantized                 energies so there is a stationary wave with whole number of loops in the        orbit.

When n=1, there’s one loop (half a wavelength)

When n=2, there’d be two loops (one whole wavelength) 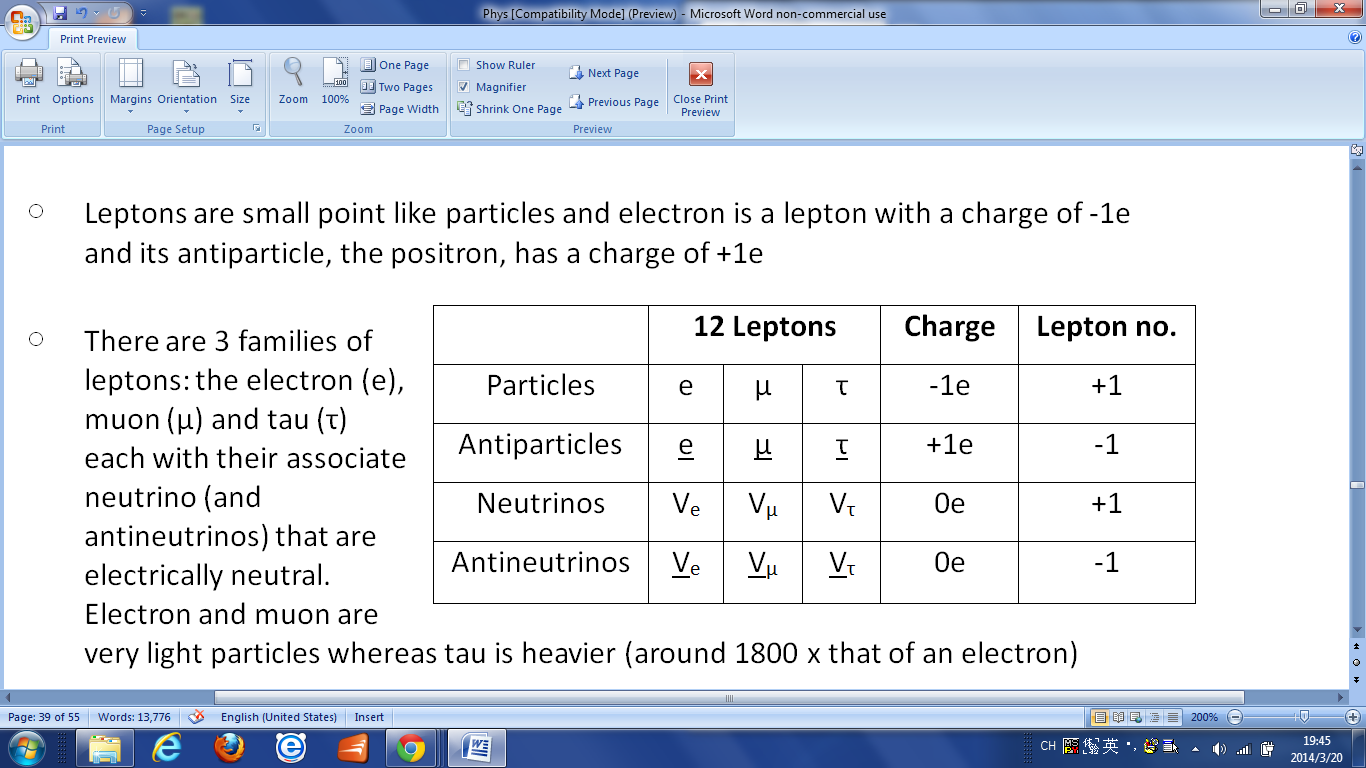 Particle and their interaction

At high energy, Z0 decays to produce another electron – positron pair or a quark – antiquark pair, resulting in streams of new particle.

The K meson and the hyperon (lambda particle) doesn’t produce any tracks in a bubble chamber.

It is strong enough the overcome the large repulsive force between the protons in the nucleus or the quarks that make up the protons. The strong force is mediated by gluons - the π+& π- pions are vehicles responsible to carry gluons between hadrons.

Therefore when two charged particles exert a force on each other, a photon is exchanged between them. It is its own antiparticle.

The W bosons (W+ / W-) and Z particles here are very massive, leading to that range of force being very short, only reaches 0.01 of the diameter of a proton (10-18 m) It is the only way a quark can change into another quark (or lepton into another). So the W+, W- and Z bosons are called the intermediate vector bosons. Weak interaction is when changes occurred in quarks (i.e. leptons and hadrons).

Also the physical processes of stars and galaxies changes as the temperature of         the universe fell due to expansion of the universe. 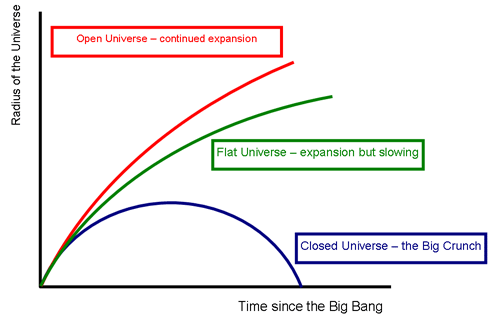 Light from the stars / stellar spectra

So comparing 2 stars, if the cooler one emits half the power per square meter compared to the hotter one, its surface area would have to be double that of the other star in order for them both to have the same luminosity.

8). Therefore the most distant observable galaxy would be at a distance of:

This distance would be the speed (c) multiplies by the time (t) it has taken to get there following the big bang (ct).

The first quasar discovered from their intense radio emissions. However, those discovered since then emit visible or x-ray radiation with little/no energy in the radio frequency range.

The gaseous matter reaches speeds close to the speed of light as it approaches the black hole and radiates high amounts of X-rays, visible and radio radiation as it does so – leading the radiation from a relatively small region (1 ly across) in the centre of the galaxy being thousands x greater than from the rest of the galaxy.