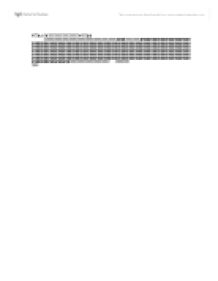 But, within the last 100 years the Anglican church has been very progressive in that the stance the church has on a lot of modern issues has changed. The churches stance on abortion has changed from absolutely against God to acceptable in some cases. And, although they still see sex before marriage as wrong they are no longer as condemning about it. In this example religion as a conservative force is dying as modern values take over religion and religion can no longer reinstate traditional ones.

In contrast the Roman Catholic church, while being Christian, is extremely conservative and hasn t changed its stance on most contempory issues. They still believe that abortion is wrong unless its harmful to the mother, that sex before marriage is wrong in all cases and that contraception is not allowed. The Catholic church is still incredibly prominent and important within many countries and so they view that religion is a conservative force is still true.

Religion can be defined in many different ways, from the traditional view of a belief in God, contrasting with the functionalist view that religion only needs to function and help people and does not require a God. Religion can also differ in size and beliefs and, especially in modern countries, how progressive or conservative they are.

Conservative religion s religion which religion which conserves a countries values and norms. The Christian religion does this in many western countries as it embodies many of the values which those countries hold. According to functionalists and Durkheim, by religion holding these values it makes them more sacred and re-enforces these values. According to Parsons religion also generalises these values into society. The values which are generally preserved by religion in these countries are very conservative ones. This is where religion is against social change, maintaining the status quo. This is what functionalists see as necessary for keeping and creating social unity.

Churches such as the Anglican church within Christianity are incredibly traditionally and conservative in the way that they hold very much the same values which they held including the views on certain behaviours which they traditionally held. Churches such as the Christian churccts see themselves as progressive within society and institutions which challenge a country s norms instead of conforming to them or agreeing with them. The tend to be very New Age in their beliefs and deviate from traditional conservative religions not just in values but in the way they recruit, have a hierarchy and conduct religious business. As many traditional religions are loosing members sects are rapidly growing in size, and although many don t make it through the first few years, those which do have increasing popularity and manage to recruit members which are more willing to be a force within society. This is where religion is becoming an increasingly progressive force within societies.

Many sects are even progressive with how they recruit members. As well as the traditional route of recruiting one-on-one they also do so online. This is a very progressive method as it differs greatly from the usual method of bringing people into religion from birth and ado lance generally through religious ceremony. But, not all sects to this. The increasingly common Christian sect within Britain and American (                                ) recruits members from birth within families, instating their values from birth. So, sects sometimes are conservative but in different ways. This shows that even new religions can be conservative and that the force of conservative religion remains strong.

Weber look into Protestants and social change found that religion did result in the change of values and norms within British society at the time. Protestantism changed laws and made things such as dancing illegal. But, Protestantism, in many ways, was more traditional than what was in place before. If conservatism is defined as traditional values is was in fact a conservative force that took over Britain and many other countries within Western Europe. This contradicts the view that conservative religion reinforces values and norms with societies.

Marxists argue that religion is a conservative force as it does not bring about social change. Many of the traditional values which many churches hold are values which are the same as middle class or are to the benefit of middle class. As they do not change Marxists believe that religion is the force behind this and are therefore a conservative, not a progressive force.

Fundamentalists are traditionally seen as conservative religious forces. Taylor defines involvement in fundamentalism as those who believe that there is a challenge to the ultimate authority which the believe in; people who do not tolerate this challenge, they can reaffirm their belief in that authority and oppose those who challenge their beliefs. The reason fundamentalist are usually found to be religious is that according to this view fundamentalism involves the conservative reassertion of beliefs and, usually, action against any change.

Conservative fundamentalists are most notably found to be a big force in the USA. They may hold traditional conservative Christian values but they are a progressive movement as they see the USA as declining away from the those values and especially the world. This movement is a return to old values and the reinstatement of them, such as a return to creationalism within schools. This movement is also forceful in that it holds a lot of power with America and its electoral system. President Bust who was elected for two terms manage to get elected mainly on a traditional conservative values campaign, showing that the conservative religion movement is huge within such a powerful advanced modern country.

The Sacred Brethren is also an example of a sect which can be seen as conservative and yet does rapidly change. When the leader of this sect died and someone else took over its values changed and although it remained a conservative force it was still resulting in change, not just reinstating its traditional values.

And, fundamentalist can be progressive and bring about social change in other ways. In Iran the bringing back of traditional Islamic values brought major change as it overthrew the Iranian Government, in-stating new laws and values. Even tough it was a return to traditional values and came within a  conservative force  it was still progressive in bringing about change.


s manage to get elected mainly on a traditional conservative values campaign, showing that the conservative religion movement is huge within such a powerful advanced modern country.

("        )"change as it overthrew the Iranian Government, in-stating new laws and values. Even tough it was a return to traditional values and came within a  conservative force  it was still progressive in bringing about change.