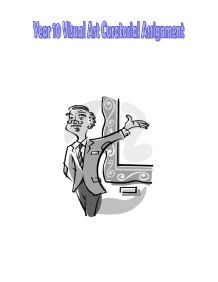 In later years Dal� was to use Gala's face or a face after Raphael. In Maternite aux Oiseaux, Dal� has chosen to use a double image to form Mary's face. Family of Marsupial Centaurs, 1940, Salvador Dali, Ink and pencil on unknown material, 40.6 x 33 cm, private collection Family of Marsupial Centaurs, 1940 Dal� believed that Family of Marsupial Centaurs evinced his return to a Classical style, with a more precise technique and greater balance. He attributed the painting to Dr. Otto Rank, a psychoanalyst who theorized that neurosis could be traced back to birth trauma. Believing that he had pre-birth memories, Dal� was greatly interested in Dr. Rank's work. The configuration of a horse's rear is a shape that Dal� used in many paintings, often as a visual illusion. He saw a similarity of form between the horse's rear and a bunch of grapes, and to emphasize this he gives one centaur grapes to hold up. Interpretation of Goya's "Los Caprichos," circa 1985, Salvador Dali, drawing, Dimensions unknown, private collection Interpretation of Goya's "Los Caprichos," 1985 Goya was a Spanish artist of the eighteenth century. He had initially painted in the style of Velasquez, a painter who Dal� also admired, but after an illness which left him deaf, Goya began to use more personal and social themes in his works. ...read more.

* Why is this artwork important? (Judge) This artwork is very important because Dali created this with great imagination and this is why 'The Persistence of Memory' is the most famous painting. Extended Information: The Disintegration of the Persistence of Memory * What are the factual and historical details of this artwork? (Describe) It is a painting by Salvador Dali. It was created from 1952 to 1954. It is an oil on canvas re-creation of the his famous 1931 work 'The Persistence of Memory', and measures a diminutive 25.4 x 33cm * How has the artist created meaning in this artwork? (Analyse) In 'The Disintegration of the Persistence of Memory', the background from the original work has been filled with water. Disintegration depicts what occurs both above and below of surface. The soft watches float above their dials with several cone shaped objects. Also Dali described the fish was a symbol of life. * What is the artwork about? (Interpret) This painting is revolution of 'The Persistence of Memory'. Also it can be read as a representation of Einstein's Theory because this image was symbolic of the new physics. It symbolised kind of space time by power of gravity. * Why is this artwork important? (Judge) This painting is another famous painting by Salvador Dali. It is very important because Dali showed another important theory, the theory of Relativity by Einstein with his famous painting. In this new work, quantum mechanics was symbolised by digitising the old image. ...read more.