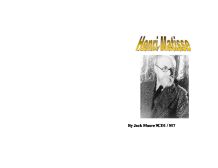 By Jack Moore 9CD1 / M7 Meyerovich Gallery San Francisco (16 art works of Henri Matisse) Early and Later life He was born Henri-�mile-Beno�t Matisse in Le Cateau-Cambr�sis on the 31st December 1869, Nord-Pas-de-Calais, France, and grew up in Bohain-en-Vermandois. In 1887 he went to Paris to study law. After getting his qualification he worked as a court administrator in his home town. Following an attack of appendicitis he took up painting during his period of recovery. After his recovery, he returned to Paris in 1891 to study art at the Acad�mie Julian and became a student of Odilon Redon and Gustave Moreau. He was inspired by other painters at the time. The type of painting he did then was in the fauvist manner (lots of wild bright colours, making it simple and very abstract). His first exhibition was in 1901 and his first solo exhibition in 1904. His liking of bright and expressive colours became more known after he moved southwards in 1905 to work with Andr� Derain and spent time on the French Riviera, his paintings were ablaze with colour and in different shades. ...read more.

In his last years he devoted a great deal of his time to cut-outs and brush drawings. His Paintings This is called Icarus. This was one of his first paper cut outs. It shows his love of bold basic colours that stand out rather than lots of small detail. Its like this person is dancing through the stars with a red spot marking his heart. Possibly this is to show his love? This was made in 1943 This is called Blue Nude IV. This is one of his paper cut pictures. In which he still expresses his love for bold colours and simple designs. This piece may resemble him exposing himself with passion and his love for his artwork. This was made in 1952. La Tristesse du roi (sorrows of the kings). In this piece of work there is more detail but he has overlapped the pieces of paper to make it more complex. The bold colours also bring out the main features like the man in the middle. ...read more.

He knew how to use pins and paper patterns, and he was supremely confident with scissors. He called it "painting with scissors." Matisse said, "Only what I created after the illness constitutes my real self: free and liberated." With these new designs he had a lot to explore, not many people would do this sort of artwork. Among his first work with paper cut outs was a cheerful book called Jazz, which Matisse prepared during the war but which was only published in 1947. The book and the previously published album with the twenty colour plates were only printed in a hundred copies. These were lively multicolour paintings that were abstract and figurative. Matisse designed the book so that each full page image is explained by five pages of text and each half-page image by three pages of text. This shows he had reason to create all of these pictures. Contact and Details Tel: 415 421 7171 Fax: 415 421 2775 E-Mail: art@meyerovich.com Gallery Hours: Monday-Friday: 10am-6pm Saturday: 10am-5pm Other hours by appointment Map ...read more.