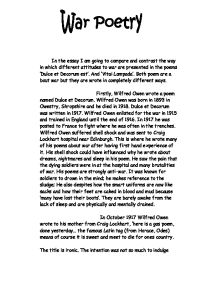 In conclusion, these poems are different in the ways they are wrote but both describe the same point just wrote in a different ways.