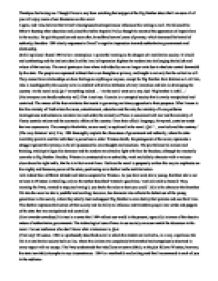 1984 speech. I found 1984 to be a masterpiece- a powerful warning to the dangers of a totalitarian society.

Thankyou for having me. Though I have to say from watching that snippet of the Big Brother show that I am sure all of you will enjoy more of our discussion on the novel. I agree, and I also believe that Orwell's background and experiences influenced his writing as well. He followed his father's footstep after education and joined the Indian Imperial Police though he resented the oppression of imperialism in the society. He quit the position and soon after, he suffered several years of poverty, which increased his hatred of authority; therefore 1984 clearly responses to Orwell's negative impression towards authoritarian governments and dictatorship. (Initial opinion) I found 1984 to be a masterpiece- a powerful warning to the dangers of a totalitarian society. It is bold and confronting and the intricate details of the level of repression frighten the readers into challenging the beliefs and values of that society. ...read more.

What I mean is that the ministry of Truth alters the news, entertainment, education and the arts; the ministry of Love performs interrogations and tortures to maintain law and order; the ministry of Peace is concerned with war and the ministry of Plenty controls rations and the economic affairs of the country. Even their official language, Newspeak, contains words that are oxymoronic. The example blackwhite, as one word, is explained in the novel. Qu3 '...ever believed the contrary.' (The way dictators' rule) Yes, 1984 thoroughly exploits the discourses of government and authority, where the state inevitably prevails and the individual is powerless to rebel. Winston Smith, the protagonist of the novel, represents a struggle against this tyranny, as he still possesses his own thoughts and emotions. The plot follows his actions and thinking, which privileges his character and the readers are stirred to fight with him for freedom; although he eventually commits to Big Brother. ...read more.

This further expresses the horrors of that society and its ability to influence and transform people into wards and puppets of the state that are manipulated and controlled. (Aim towards nowadays) It is true in a sense that 1984 reflects our world in the present, especially in terms of the abusive nature of authoritarian governments. The technological surveillance in our society can soon match the telescreen in the novel. For our audiences who don't know what a telescreen is, Qu4. (Final say) Of course, 1984 is a profoundly described novel in which the readers are invited to, in a way, experience the life in a totalitarian society built on lies, where the citizens are completely brainwashed and scrupulously observed in every aspect with no escape. The Party understands that rebellions are unavoidable, as the plot follows Winston; however, the state inevitably triumphs in any circumstances. 1984 is a worthwhile and exiting read that I recommend to each of you in the audience. ...read more.