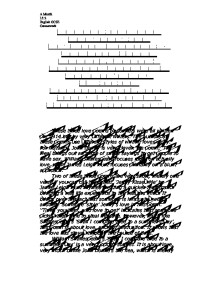 Comparison and Contrasting Between 3 poems: - The Flea (John Donne), Shall I Compare Thee To A Summer's Day (William Shakespeare), and Jenny Kissed Me (James Leigh Hunt).

COMPARISON AND CONTRASTING BETWEEN 3 POEMS: - THE FLEA (JOHN DONNE), SHALL I COMPARE THEE TO A SUMMER'S DAY (WILLIAM SHAKESPEARE), AND JENNY KISSED ME (JAMES LEIGH HUNT) These three love poems or sonnets were all written pre 1914 but by very different writers. The authors of these poems use different styles of writing love poetry. For instance, John Donny is very clever. His poem, 'The Flea' brings out an angle of smart sayings to get people to have sex. William Shakespeare focuses more on actually love, while James Leigh Hunt focuses primarily on a blunt approach. Two of these three poems are very short, merely one verse if you can call them that. 'Jenny Kissed Me' by James Leigh Hunt rhymes creating a quicker tempo and bringing a real life experience to the readers mind. It brings over the fact that someone is infatuated with another. Someone 'stole' Jenny's love in this poem. ''Time, you thief, who love to get' indicates that someone picked their time to steal her love. ...read more.

The flea is a sex-orientated poem written in a clever way basically asking someone to have sex. It is written in three stanzas. The first is where the flea sucks the blood of both people combining them as one. Donne is trying to persuade the woman in his poem to have sex with the male character. 'And in this flea, our two bloods mingled bee'. The male character goes on to imply that this is a good reason to have sex. 'And this, alas, is more than wee would doe'. Donne tries to make the point that if something can enjoy food picked from both of them, why can't they each enjoy a sexual relationship with each other. In the second stanza, Donne goes on to make the point that the flea is a 'sign' of some sort. Even though the parents object to the two people marrying, Donne implies it is the right thing to do, as the two have already been mingled inside another. 'Where wee almost, nay more than maryed are:' and that they should then have sex right then and there 'Our marriage bed, and marriage temple is;' 'Though parents grudge, and you, w'are met'. ...read more.

That poem is straight to the point not being clever, just blunt. John Donne and William Shakespeare however, had a history of bringing across a message in more complex ways. The theme of each poem or sonnet is different. John Donne's 'The Flea' is about someone trying to seduce a woman to have sex with him before marriage, while William Shakespeare's 'Shall I compare thee to a summer's day' is more about how love can be good, but can also hurt. A complete contrast to both is James Leigh Hunt's 'Jenny Kissed Me', which has a theme about someone being loved once, and clinging on to that memory, which could be for a few reasons. The actual dates of the poems reflect something about them. For instance, both Donne's 'The Flea', and Shakespeare's 'Shall I compare thee to a summers day' were written around the same time and culture, however, 'Jenny Kissed Me' by James Leigh Hunt was written about a hundred years afterward, this may reflect the dramatic change in styles of writing, just like the old English of the past and the contemporary writing styles have a remarkable difference. A Murthi L5:2 English GCSE Coursework ...read more.