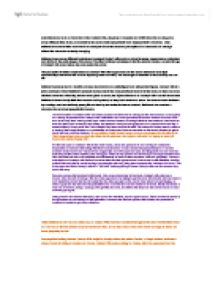 Curley's wife essay. Steinbeck uses many different techniques to present Curleys wife such as colour imagery, appearance, metaphors and similes in the early stages of the novel.

John introduced us to a character called Curley's wife, she plays a complex and misfit character as she got so many different sides to her, as sometimes the reader feels sympathetic and unsympathetic about her. John Steinbeck's novel of Mice and Men is an example of how the reader's perception of a character can change without the character actually changing. Steinbeck uses many different techniques to present Curley's wife such as colour imagery, appearance, metaphors and similes in the early stages of the novel. The effect of these techniques is that the reader creates a mental image of Curley's wife even before she even enters the novel. This perception is further emphasized by Curley's Wife's first appearance in the novel. Steinbeck uses light symbolically to show that she can be imposing when he writes, "The rectangle of sunshine in the doorway was cut off." Steinbeck portrays her in a horrible manner; he shows her as unintelligent and unimportant figures. Curley's wife is a prime example of how Steinbeck presents women; she is the most prominent woman in the book, so there are more citations about her. ...read more.

In my opinion Curley doesn't seem to have any respect for his wife at all, This is degrading to her as she is just there for his pleasure. She is just a wife who is a trophy to show off hence the saying 'trophy wife'. We first set eyes on Curley's wife in the bunk house, when she pretends to be looking for Curley the impression of Curley's wife being flirtatious is emphasized as she dresses inappropriately for a women married to the boss's son "she had full, rouged lips and wide spaced eyes, her fingernails are red and her hair hung in little rolled clusters, like sausages" which in my opinion red shows sign of danger besides from this, she both talk and acts playfully and flirtatiously in front of other ranchers "she said playfully". Candy's description of Curley's wife seems accurate after her first appearance in the novel. In this situation George notices this and tries to avoid having conversation with her, using short answers like "Well he ain't now." ...read more.

. I think Steinbecks aim was to confuse us, as Curley's Wife remains consistent throughout the text. We first think of her as a tart and a flirt who refuses to by her husband's side. As we hear more of her own words we begin to feel a lot more sympathy for her. Our negative feelings toward Curley's Wife begin to change when she enters Crooks', a Negro worker, residence where Crooks is talking to Lennie and Candy. Curley's Wife enters asking for Curley. After icy responses from the men, she talks about her loneliness and desire to live her own life. She then begins to start verbally attacking the men and indicates her apathetic attitude towards Curly. After Crooks asks her to leave, she threatens him with lynching. As she leaves, Steinbeck metaphorically indicates the disruption and discomfort she causes using the event of horses stamping their feet. At this stage of the novel, we begin to feel sympathy for Curley's Wife who, lonely "i get awful lonely'' and bored, has ended up married to a man she doesn't love ...read more.

The presentation of Curley's wife is an interesting topic and her place as the only woman the reader meets in the novella puts her in a unique position. This essay makes some good points about the character and the way the reader may feel about her; however it lacks structure and there is no real direction to the piece. A careful plan should be made before writing to ensure that the essay has a clear focus and develops from point to point.
I would also liked to have seen analysis of the scene in the barn between Lennie and Curley's wife as the reader's views of her may change at this point.