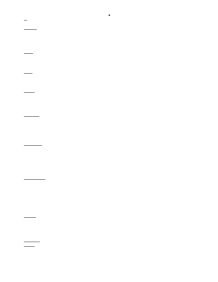 Examine Mary Shelley's presentation of the relationship between Frankenstein and the creature!

Bound Together Until Death Examine Mary Shelley's presentation of the relationship between Frankenstein and the creature! 'It was on a dreary night of November that I beheld the accomplishment of my toils.' These are the famous words of Mary Shelley that foretold the birth of Frankenstein's monster. A tale of catastrophe, love and endless yet hopeless toil; the tale of Victor Frankenstein is a perfect example of early gothic literature. Born on a dreary summer in 1816, his story has been immortalised in not only the pages of many books but also on the silver screen. Like many of its genre, Frankenstein is a terrifically dark yet pioneering story. Its graveyard settings, the persecuted maiden, and the seemingly forlorn character that excels at melancholy, are all signs of a gothic influenced novel. Yet it still contains that spark of creativity that sets it apart from the rest of the genre. Written at a time of great scientific discoveries, Frankenstein pushes at the boundaries of medical theories. Like many of the scientists of the time, Victor Frankenstein's efforts, although frowned upon as to their base fundamentals were still admired and held readers for centuries to follow. Frankenstein (or The Modern Prometheus) tells the story of Geneva born Victor Frankenstein and his never-ending efforts in the search for the gift of life. Following his mother's death during childbirth he began to strive to find an answer to the finality that is death. It was through his experiments that he came to create the creature that would forever haunt his life. One of the more appealing aspects of the book is the most unfortunate relationship between Frankenstein and the creature. Like the creator and creation that they are; they can neither live with or without each other. Time and time again throughout the book this is proven through not only Frankenstein's ever-persistent hunting of the creature but also the creatures need to be close to Frankenstein. ...read more.

It is now that Frankenstein is forced to, albeit against his will; listen to the creature's story. Chapters 11 through to 16 are all about the actions of the creature ever since Frankenstein created it. These include the story about the De Lacy family, and also that of the murder of William and framing of Justine. Throughout these chapters Frankenstein is left helpless, simply having to sit and listen to the creature's tale. It does however; help the reader in understanding the creature a little more. He spends much time telling of how he sat and read Frankenstein's diary and contemplated his future. At last the creature finishes his story, he then places Frankenstein in a most difficult position, when he asks for him to create him a partner 'with whom I can live in the interchange of those sympathies necessary for my being'. Not only does this provide Frankenstein with a terrible moral dilemma, but he must also decide whether he would rather release another of these monsters or save his family. However, sighting the destruction that the creature has already caused, Frankenstein decides to refuse the creature in his request for a female. He very strongly states that 'no torture shall ever extort a consent from me', this shows that his feelings towards the creature are growing ever more defiant. This may be because he is starting to fear for his family and believes this is the only way to protect both them and the rest of humanity. Finally, after several threats concerning the deaths of everyone Frankenstein holds dear, he gives in. This shows that he either has a certain amount of respect for the sheer power of the creature or, now having heard of the atrocities it has committed, believes that a refusal could result in unimaginable consequences. Gone however is the fear; all that is left is a mutual respect between the two. ...read more.

was written for an audience very different to that of any from today's modern society. However, it still retains its basic morals and ideas that can appeal to a timeless audience. The idea of not taking anyone in on simply face value is a very strong theme in the book. Especially in the time it was written and even in modern society, anyone with extreme deformities will always be seen as a danger, no matter who or what they may be. The other predominant theme is that of 'the double', many see Frankenstein as being a mirror of his creature. He has everything at times he doesn't want it, such as family and friends around when they are under threat, and chooses to do nothing about it in fear of endangering himself. The creature on the other hand has nothing of what it wants such as love or acceptance, even though it tries as hard as it can to be kind and peaceful. This is shown well when it helps the De Lacy family, but on appearance to them he is scorned and chased away. This also links into the idea that they were both 'bound together until death'. Neither could find the inner strength to leave the other. Frankenstein is constantly thinking of his creation and what he has done. He comes to the conclusion that he himself will not be able to rest until the creature is dead. In this sense he is most definitely bound to the creature until a time that it is killed. The creature on the other hand has mixed reasons for needing Frankenstein. It seems, through most of the story that it only wants him so he can create a partner for it. However, upon nearing the end of the book and Walton's narrative, it is realised that the creature stayed close, as Frankenstein was the only person that showed enough compassion to even sit and talk with it let alone show some sort of acceptance. ...read more.