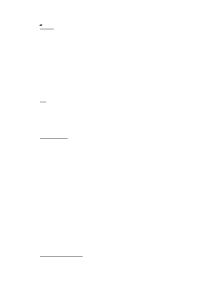 Examine The Theme Of Deception In &quot;Much Ado About Nothing&quot;.

Examine The Theme Of Deception In "Much Ado About Nothing" Much Ado About Nothing is a social, romantic, Shakespearean comedy. This suggests that the characters involved will work through a series of events and come out as better people. The key idea in this play is deception. It appears in many forms, both positive and negative; positive deception resulting in good, reflecting the joyful, carefree nature of Messina (the town in which the play is set), and negative resulting in disruption, both in the characters involved and in what Messina stands for. Shakespeare uses a character like Don John as a catalyst for the negative deception. This doesn't require a well thought out character, he merely has to say the right things to invoke the reactions required by Shakespeare. The personalities of Benedick and Beatrice are used for most of the beneficial deception. At the beginning of the play Don Pedro, Claudio, Benedick, Don John etc are returning from war. ...read more.

He instantly believed the information he had heard, thus appearing gullible and untrusting. He shows this in his soliloquy when he is certain that "friendship is constant in all other things, save in the office and affairs of love". He shows naivety. The group of friends is brought together again by Don Pedro's scheme to make Benedick believe Beatrice loves him and visa versa. This gulling is used by Shakespeare as a platform for comedy. Benedick was the first victim when Leonato, Claudio and Don Pedro allow Benedick to "over hear" a conversation in which they say Beatrice "dote on Signior Benedick" and they use phrases that show the passion of her love such as "she falls, weeps, sobs, beats her heart, tears her hair, prays, curses, O sweet Benedick, God give me patience". This eventually makes Benedick's original, negative responses to love change and this is shown in his last speech at the end of the scene. ...read more.

He said things to Hero suggesting the acts of disloyalty had taken place, obviously she didn't know what it meant. This is partly show in the phrase "what kind of catechising call you this?". Towards Hero, many words were used that are opposite to what you would normally expect from Messina such as "wanton", "stale" and "rotten orange". Messina is very quick to take the side of Don Pedro and Claudio that shows us that they are all (all of Messina) nearly as gullible as the other two are. Even Hero's father, Leonato, turns against his own daughter at first, "all this is so". This changes when she explains but he still took a friends word over a relations. The deception becomes darker here and it is no longer a game. In conclusion, Much Ado About Nothing is a play of two halves. One side of it is a light comedy in which people find love and other things that enhance their personality. The other side is much darker, turning the world in which the characters live upside down. ...read more.