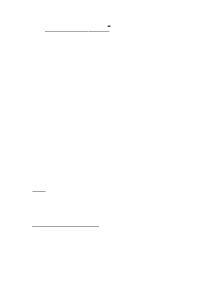 To kill a mocking bird- essay on Atticus and the town of Maycomb To kill a mocking bird, a book written by Harper Lee in the 1960's. It was set in Maycomb a small town in southern USA during the 1930's. In the 1930's segregation existed in the southern states of the USA. Blacks and whites were not considered to be equal and were not allowed to share the same facilities (Mr Raymond married to a black woman, which was unacceptable In the society, at that time). They had separate schools, shops, toilettes, and seats on buses etc. Blacks were no longer slaves, but were considered "inferior" by white people. They often worked as farmers or servants for white people who treated them badly. (Calpurnia was a servant for Atticus but she was treated with respect and like a white person). Maycomb is a traditional town because all the residents know each other, they are related in one way or another and they only breed with "Maycomb folk", so they would not marry, have a child etc. with someone who has not grown up in Maycomb or is not thought to be suitable. ...read more.

Maycomb "folks" do the same activities everyday. " Men's stiff collars wilted by nine in the morning. Ladies bathed before noon, after their three o' clock naps, and by nightfall were like soft teacakes with frostings of sweat and talcum " scout describes this as something that Maycomb residents do everyday, although Atticus has never been mentioned to do this, maybe because Atticus is different to most Maycomb folk. When Sunday comes it is also the same routine, they go to church and ladies go there to gossip and find out about the latest Maycomb rumours. Atticus does not listen to rumours and makes sure adults don't have an effect on Scout and Jem e.g. if Scout and Jem listen to what adults say about black people, they might become prejudice as well. Atticus wants his children growing up making their own decisions about others and how to treat them. He does not want bad influences to make them think a certain way. You could say Maycomb is a typical southern old town (has traditional values, and has different classes and strong family values). Maycomb county's residents are not only prejudice but also are racist. ...read more.

Even though Atticus's life could be in danger as well as Toms he still stands his ground and when his children turn up to help him he orders them to go home, but they stay there and explain to Mr Cunningham the situation, they realise that they were in the wrong and leave. Mr Cunningham's ideas about blacks and whites were changed after scout and Jem came to help Atticus, and he was moved by their speech and the courage they showed. When many Maycomb residents refer to black people as "Niggers" they are showing that they think of them as outsiders that do not belong on this planet, like animals which can be pushed around and treated anyway you like and like they are not humans that do not deserve rights, Atticus does not revert to saying this, as he would be as bad as them, he would never sink to their level. Atticus finds faults with traditional values of Maycomb county, he doesn't agree with the higher or lower class system unlike Aunt Alexandra, he thinks it doesn't matter whether you're rich or poor or black or white, he thinks were all equal. ...read more.