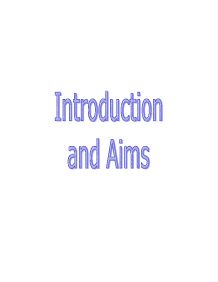 &quot;What are the differences in the size and shapes of the sphere of influence of Tunbridge Wells and Tonbridge?&quot;

Introduction Tonbridge is a small town with a population of approximately thirty two thousand. It is situated four miles north of Tunbridge Wells, in the South East of England. The town lies on the River Medway. The river splits into two channels as it passes through Tonbridge necessitating two major river bridges, which eventually leads to the Thames estuary. The A26 and A21 are the main transport links for Tonbridge - the A26 running through Tonbridge and onto Mereworth and Leybourne, and the A21 coming from Lamberhurst bypassing Tonbridge and carrying on toward Sevenoaks. Tunbridge Wells is approximately 13 miles north east of Crowborough which is located in East Sussex. Tunbridge Wells is built up only 3 miles from the border into neighbouring county East Sussex. The A26 runs through Crowborough and Tunbridge Wells on its way to join the A21 at Castle Hill on the outskirts of Tonbridge. Tunbridge Wells is the starting point for the A264, which leads west into East Grinstead, and the finishing point of the A267 on which Burlow, Five Ashes and Frant are noticeable sites. Aims In order to answer the question "What are the differences in the size and shapes of the sphere of influence of Tunbridge Wells and Tonbridge?" ...read more.

Clear rules had been decided before hand. I would count both sides of the road with pedestrians walking both ways. People on bikes or in cars would not be counted, as would babies and people in wheelchairs. At each site, the weather conditions were noted and a count for 5 minutes was performed. At the first point, midway between Bordyke and Church Lane, it was cold and cloudy. At 10.15am behind the castle and swimming centre, it had warmed up a little and the cloud had begun to disappear. When I had finished at 11.15am, it had turned into rain and fog. I think the morning was the best time to do it because it stayed wet and windy for the rest of the day and more people would have gone out in the morning. I chose to do the pedestrian count for Tunbridge Wells the next day. The weather had cleared up, even though it was still a little cold. There was an average of 13�C for the two days. The counts at both towns were done in the morning to avoid the influence that different times of the day would produce such as midday versus 8.30am. ...read more.