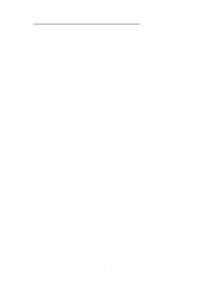 Which is the most important aspect of love demonstrated in the play Twelfth Night?

Which is the most important aspect of love demonstrated in the play Twelfth Night? In the play Twelfth Night, by William Shakespeare, there are many different types of love conveyed; courtly, unrequited, sibling, plutonic, romantic and self love. All of these different aspects help build up the structure of the play as they are highlighted by at least one pair of characters. Out of the numerous types, self love and unrequited love are the two expressed the most, in the comedy side as well as the romantic. Self love is slightly more important because, in most cases, self love needs to be in existence for unrequited to be initiated. Self love is defined as "selfishness, self-indulgence". Two excellent examples of this are Orsino and Olivia. Although Orsino's can be closely connected with courtly and unrequited, there is more of a self love aspect to it. Orsino's self love is conveyed to the audience by showing him lounging around with lots of servants going about, running his errands for him. He is very opinionated about his love for Olivia claming "Mine is as hungry as the sea, and can digest as much". ...read more.

This creates comedy as the audience know that Cesario can never marry Olivia and that all of Olivia's attempts will be in vein. The third person in the play's unrequited love triangle is Orsino who, although his love is also courtly, has unrequited love for Olivia. We know he holds this affection for her because right at the beginning of the play, the audience sees him describing his love for Olivia: "Methought she purged the air of pestilence". Olivia's obvious disinterest is clearly portrayed by her saying in Act 1, Scene 5 "I cannot love him: let him send no more [wooers]". The last example of unrequited love is Sir Andrew's love for Olivia. Again, this can be seen as courtly love, but unrequited comes out strongest as Olivia has absolutely no attraction to him whatsoever. She never mentions him in the play but Sir Andrew becomes jealous of Cesario when Olivia was giving "more favour to the Count's serving-man than ever she bestowed upon me". Sir Andrew's love also produces a lot of humour in the plot as Sir Andrew tries to fight for Olivia's hand. ...read more.

The more serious side is mainly shown in the subplots and it has many different consequences. There is the side of betrayal, felt by Antonio when, who he thinks is Sebastian, Viola does not give his purse back to him. Also, Malvolio, because of his self and unrequited love, he ends up having some nasty tricks played on him, leaving him with a bitter taste in his mouth. Maria and Sir Toby, because of their tricks on Malvolio and the fact that Sir Toby has married below his class, they probably will not be allowed back into Olivia's court again. The only character in the play that does not seem to be in love with anyone, is Feste. Feste is an odd character; because of the Twelfth Night theme, he is clever above his status as a jester or a fool and he is very perceptive of all the other characters. The irony of the situation though is that Feste can make anybody lovesick feel better, by singing love songs to them. How can he know so much about love when he never seems to be in love? Shakespeare's message about love seems to be that you never know what it will be like, or what the consequences will be, good or bad. ?? ?? ?? ?? Claire Auchinvole 10T ...read more.