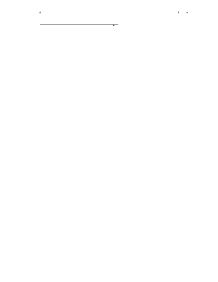 Why is Act IV scene 1 of &quot;The Merchant of Venice&quot;so powerful? Examine how the dramatic tension is built up in this scene.

Why is Act IV scene 1 of "The Merchant of Venice" so powerful? Examine how the dramatic tension is built up in this scene. This scene is so powerful because it is the climax of the whole plot. We know that Shakespeare gives it a lot of importance because it is a very long scene. It is given great importance because all the characters are there. Its location is very important because it is set in a court and as soon as the certons are lifted, the audience know this is a serious scene. It is also important about the location because in the olden days the Venetian court were seen as a powerful place so this means that they could not show mercy to Antonio because this would make the court look week. It is also a very serious scene it is a dispute over another persons life. The language in this scene provides lots of opportunities for action. Conflict plays a very big part in this scene because of the hostility between Antonio and Shylock. There is lots of contrast in this scene. ...read more.

The reason these two are missing at the start of the scene is because it creates a lot of suspense in delaying their arrival. The reason for this suspense is because Shylock and Portia arrivals will determine whether Antonio will live or die. Then reason they have the power to decide if Antonio dies or lives is because Portia is the lawyer and could pull him out of this predicament and Shylock has the power to show mercy or let him carry out his punishment. Shylock and Portia not being there creates a lot of dramatic tension because if they don't show up then the court has to be adjourned. This is what the audience would be hoping for because this would mean that Antonio's life would be safe for another day. The director could emphasise that the court is on Antonio's side by having the Duke, the Magnificoes, Antonio, Bassanio and the guards on the right side of the stage and only Shylock on his own central left of the stage. The director could also emphasise that having two guards chained on to him, one on each arm, traps Antonio. ...read more.

In this scene Portia is disguised as a male lawyer this creates a lot of dramatic irony because of the audiences awareness of this. There is a lot of dramatic irony at line 280 when Bassanio says that he would give up his wife and his world to Shylock to free Antonio there is a lot of dramatic because he does not know that he is saying this in front of his wife. At the end of this scene there is a lot of dramatic irony when Portia tests out Bassanio loyalty by asking for the ring the audience would find this comical because they would know he is being tricked. Shakespeare creates suspense at the end of the scene by giving us half a plot that we know is not over and we expect something to happen and we want to find out how it is going to happen and what the outcome will be. This is different from the tensions built up in the earlier scenes because in is a different feeling before you were worried about the out come this time it is a pondering feeling instead. Woodhouse High School Simon Dearne 10k2 Set : 10B1 (Sm) ...read more.