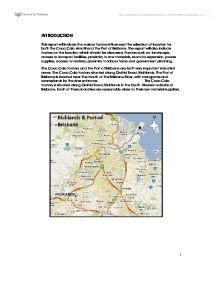 This report will include the various factors influenced the selection of location for both the Coca Cola Amatil and the Port of Brisbane. The report will also include factors on the location which should be discussed. Factors such as landscape, access to transport facilities, proximity to raw materials, room for expansion, power supplies, access to markets, proximity to labour force and government planning. 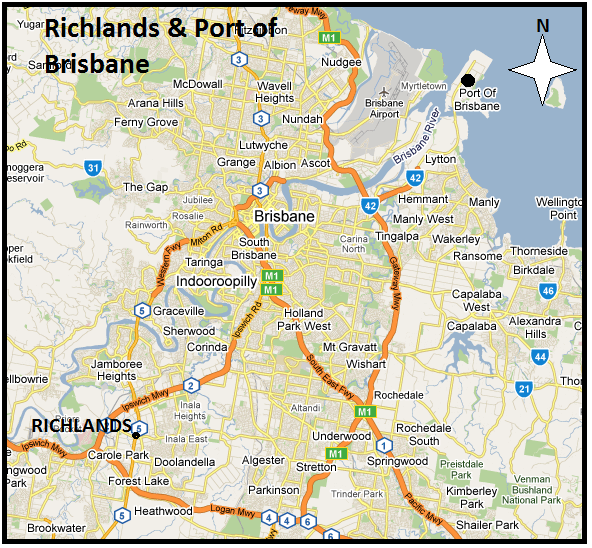 The Coca Cola Amatil moved from Fortitude Valley and into Richlands in 1992. This was because it had grown too big for the given site. Construction of the new Amatil started in 1992 and opened on the 20th September 1994. The new site for the Coca Cola factory is 26.3 hectares in size, and has an undercover area of 60000m2. Although the area may be big, there is not a great deal of storage space for the raw materials, which are shipped in and out quickly. Raw materials such as water, retrieved from the Brisbane city council mains, sugar, transported from Bundaberg, and flavour, shipped from America on seven boats. 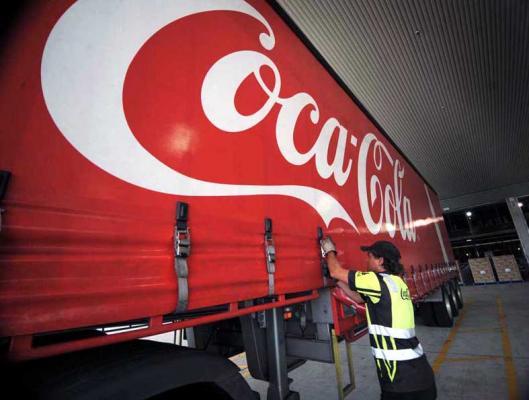 The Coca Cola factory have 500 permanent staff, who work as teams leaders for maintenance, team leaders for syrup, and Operations and logistics managers.

Many different measures are taken to ensure that all of the employees are in a safe working environment. Such as safety notice signs, boardwalks above the machines, advice on recruitment activities, performance reviews and providing a framework of learning to employees to add to their self development in  their time working at the factory. The ways in which the workers and their duties are organised within the factory are by using teamwork and an even rotation for the work load for the employees. Also designating a certain number of people on each line e.g. 3 people on line 3, keeps everything steady and under control. 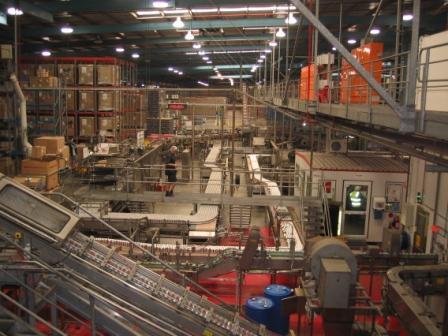 To make sure of a consistently high quality product manufacture from Coca Cola there are regular samples which are taken and tested on different levels. There are many different stages of the testing process and it is absolutely required that there is regular testing at every stage.

The Coca Cola Amatil minimises their impact on the environment in many ways, such as recycling and water conservation. At Coca Cola 80% of their material is recyclable, much of which is the packaging of the products. If there are any damaged goods, they are immediately returned to the suppliers to be reused. Also, of one bottle, 15% - 30% of it is made from already recycled plastic.