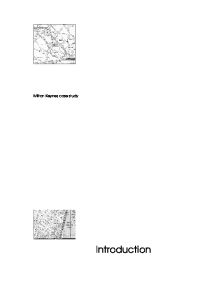 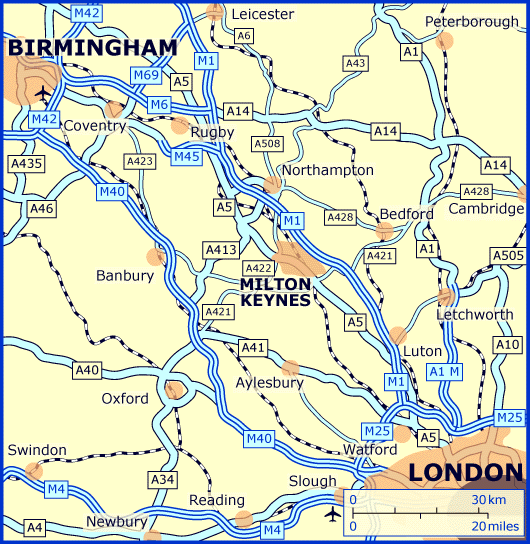 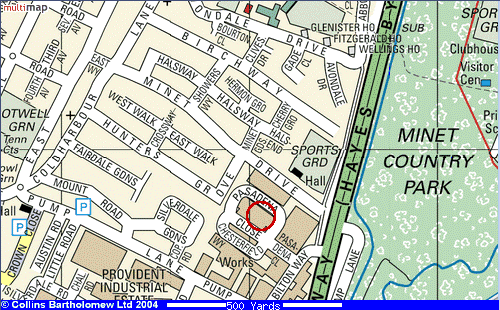 The aim of my coursework is to compare the quality of life between two contrasting areas. One area will be Milton Keynes which is a planned urban environment and my 2nd area is Hayes which is an urban sprawl and also my home area. My hypothesis is that, A planned urban environment provides a better quality of life than those that emerge through urban sprawl. I will be gathering information using surveys, environmental study, maps etc to get my information and then using this information my hypothesis can be proved or disproved.

My home town is Hayes which is situated in west London and has been built up through the process of urban sprawl. Hayes is shown in map 1. West London is situated in south east of England. It is the capital of England and therefore easily accessible as it is bordered by the M25 (which is like a ring road going all around London), which links on to the M4, M1 and M40 and then they lead onto all other routes taking you around England.

The area I am going to be comparing my home town with is Nether field which is situated in Milton Keynes. Milton Keynes is in Buckinghamshire. Milton Keynes is well-placed for major cities including London, Birmingham, Cambridge and Oxford it has got good road links to surrounding towns including Bedford, Northampton, Aylesbury and Luton. The city is situated near the M1 (Junctions 13 and 14) and is ideally place for London’s airports at Luton and Heathrow. It has fast rail link into London Euston (approximately 45 minutes). Milton Keynes was designated as a New Town on 23 January 1967. With an area of 8,900 ha (22,000 acres), Milton Keynes enjoys a strategic location, impressive design, first class industrial and commercial premises and an excellent quality of life. It is in the heart of one of the nation’s fastest growing regions which in turn is the most heavily populated urban area in Europe. It has got a population of 230,000 people and is home for over 10,000 businesses. Nether field is shown in map 2.

I will be researching this project using both [primary and secondary data:

I used the questioners to gather information from the residents. This is really good because it tells you what the residents feel about their area. I used the environmental study to study how the residents effected the environment physically, chemically etc. I used photos to show the different physical features between the two different towns. I used transect to record the amount of traffic each town had on its main roads. I used tally survey to compare the differences between the two towns. I used the deprivation index to show the percentage difference between Hillingdon and Milton Keynes, the main areas are Rank of Employment Score; Rank of Income Sale; Rank of Average Ward Scores and Local Concentration ranks*( these are deprivation hot spots within the area). I used maps to show the areas and how they are built.

The term ‘quality of life’ defines as superior style of life. In this coursework I will compare the superior life style of Nether field (Milton Keynes) to Hayes (my home area). I will collect the data using the above methods and use that data to compare each area, its physical features, and the effects of urban sprawl and planned urban sprawl, the percentage of jobs its offers, employment, education and what the residents actually feel like living there.  This all will either prove or disprove my hypothesis; a planned urban environment provides a better quality of life than those that emerge through urban sprawl.

My main aim is to compare the quality of life between nether field and my home town Hayes. I have gathered maps from both areas because maps can show the urban sprawl and the difference between the planned urban environment and the different features between each and how the roads are laid out, how the town has been built etc. 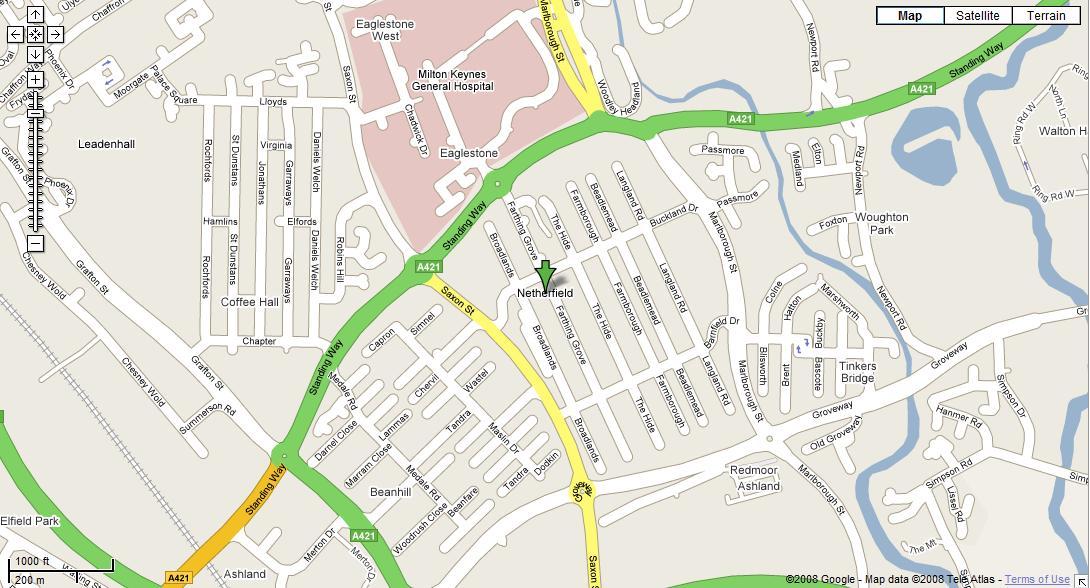 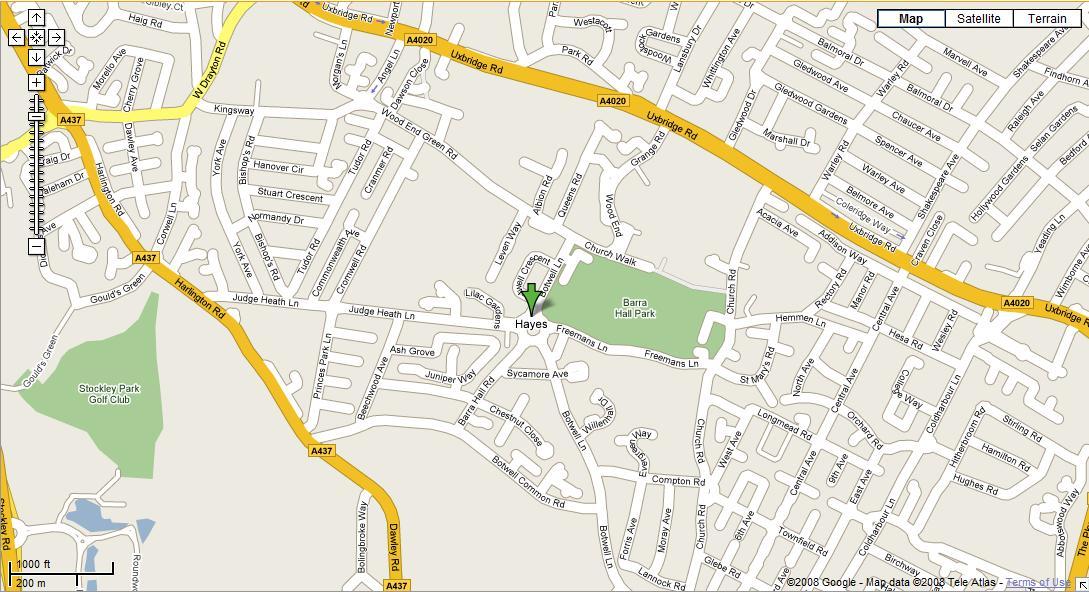 Map 1 shows the accessibility of Hayes. As you can see from the map Hayes is surrounded by two main roads, 1 is the uxbridge road (A4020) which leads onto Southall and Ealing. The 2nd main road is Harlington road (A437) which if you follow straight can take you to the M4. As you can see from the map that Hayes is an urban sprawl as the roads are built everywhere and there is no main road going through Hayes yet each road can be easily accessed. Hayes also has a park called barra Hall Park. This is situated right in the middle of Hayes and so any resident from the area can easily access it. From the map i can see that there is a lot of free space for new houses and buildings to be made.

From both of these maps i can see that Hayes is a better accessible area then nether field. This is because Hayes has more access to better main roads and these main roads can easily be accessed. But Milton Keynes only has 1 main road and that is hard to access. From both maps i can see that Hayes is urban sprawl because all the roads are everywhere and been built at different times. But Milton Keynes is different because it was planned and i can see that from the map because every road is straight, follows each other and has limited transport methods and also no park or recreational places. From these maps i cannot see which area is better than the other in other things because these maps are limited as they only provide the outline of the area.

My main aim of this project is to compare the quality of life between two different contrasting area and i have to either prove or disprove my hypothesis which is, a planned urban environment provides a better quality of life than those that emerge though urban sprawl.

The school went on a trip to Milton Keynes to gather information using questioners but i did not attend this trip and so i did not personally get any information but i will be using secondary information gathered by a friend who did go on the trip. My friend gathered this information by walking through streets and asking people questions which the teacher had provided her with. She used this method because this was the best way to get the opinion of the residents living there and to find out what they thought of their home area. My friend of course had a limited amount of time because they had to return to school at a set time. If she had more time she could have gathered more information which would of made her data stronger.

I personally did not gather any information as i did not go on the trip but a friend did and she gathered information by walking along the streets and marking down the conditions of each place. She used this method because it was the easiest and simplest method and the most effective as she could see the conditions for herself and mark them down. In total there were 28 categories and an example of 1 is:

1 is poor like missing or needs improvement quickly and 4 is well-maintained and excellent.

For me this was secondary data because i did not collect it myself. My friend was limited because of the time and so she could not do the survey for all of nether field.

For the deprivation index my teacher gave me data which had already been compiled. This data showed the deprivation of income, employment, health, education, housing, access, child poverty and multiple deprivations. The ward with a rank 1 is the most deprived and 8414 is the lest deprived for each group( 8414 was the most number of wards in the survey). This is secondary data because i did not collect it but it was given to me. The data is limited because it is very wide spread.

I did not attend the trip and so i did not collect the data. The data is my friends and she gathered the information for the tally survey by walking along streets and marking down the4 services and amenities within each area. She used this type of method because it was the easiest and most effective because if she saw the service she could easily mark it down. She used the tally method to mark it down and so is she drew 1 line that meant 1 and den is she got 4 lines and the data was 5 she had to put a line through the 4 lines and then start new line again. This data is limited for me because my friend could be incorrect.

Using these methods and data collected it will now enable me to prove or disprove my hypothesis; a planned urban environment provides a better quality of life than those that emerge through urban sprawl.

I used questioners as a method of gathering data because it is very effective. I used it because i needed to find out how the residents feel about the quality of life in their neighbourhood. This for me was secondary data because i didn’t collect it but my friend did. She told me that she encountered some problems while collecting this data and an example is that when she asked some people they ignored her and walked straight past.

I will be representing this data in graphs using a bar graph and i think a bar graph is the best way because it is very clear and simple. 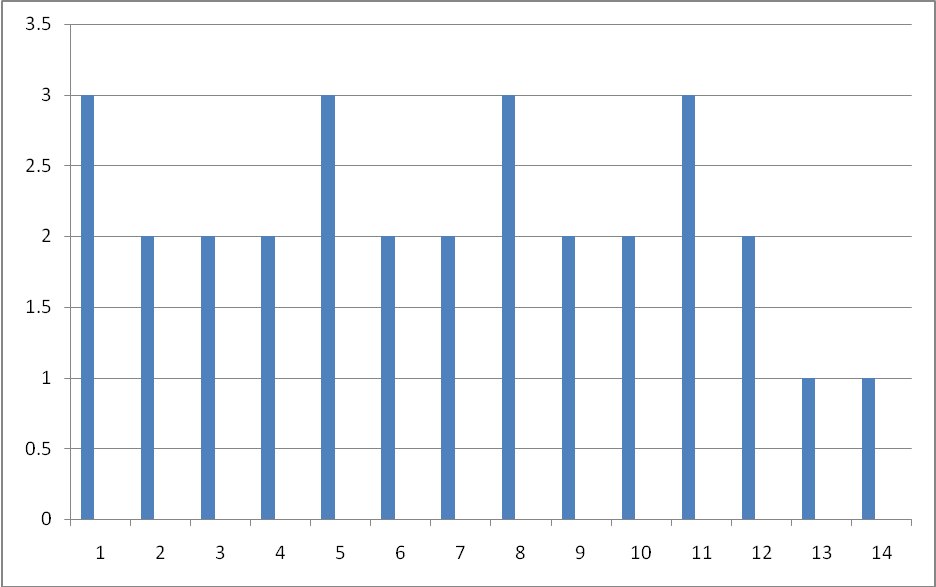 The graph shows the questions that my friend asked the people and what they answered.