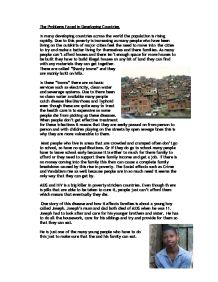 The problems faced in developing countries

The Problems Faced in Developing Countries

In many developing countries across the world the population is rising rapidly. Due to this poverty is increasing as many people who have been living on the outskirts of major cities feel the need to move into the cities to try and make a better living for themselves and there families. As many people can’t afford houses and there isn’t enough space for more houses to be built they have to build illegal houses on any bit of land they can find with any materials they can get together. These are called “Shanty towns” and they are mainly built on hills.

In these “towns” there are no basic services such as electricity, clean water and sewerage systems. Due to there been no clean water available many people catch disease like Diarrhoea and Typhoid even though these are quite easy to treat the health care is to expensive so some people die from picking up these diseases. When people don’t get effective treatment for these infections it means that they are easily passed on from person to person and with children playing on the streets by open sewage lines this is why they are more vulnerable to them.

Most people who live in areas that are crowded and cramped often don’t go to school, so have no qualifications. Or if they do go to school many people have to leave school early because it is either to much for there family to afford or they need to support there family income and get a job. If there is no money coming into the family this then can cause a complete family breakdown caused by this rise in poverty. The Social effects such as Crime and Vandalism rise as well because people are in so much need it seems the only way that they can get by.

AIDS and HIV is a big killer in poverty stricken countries. Even though there is pills that are able to be taken to cure it, people just can’t afford them which means that eventually they die.

One story of this disease and how it affects families is about a young boy called Joseph. Joseph’s mum and dad both died of AIDS when he was 11. Joseph had to look after and care for his younger brothers and sister. He has to do all the housework, care for his siblings and try and provide for them so that they can eat. 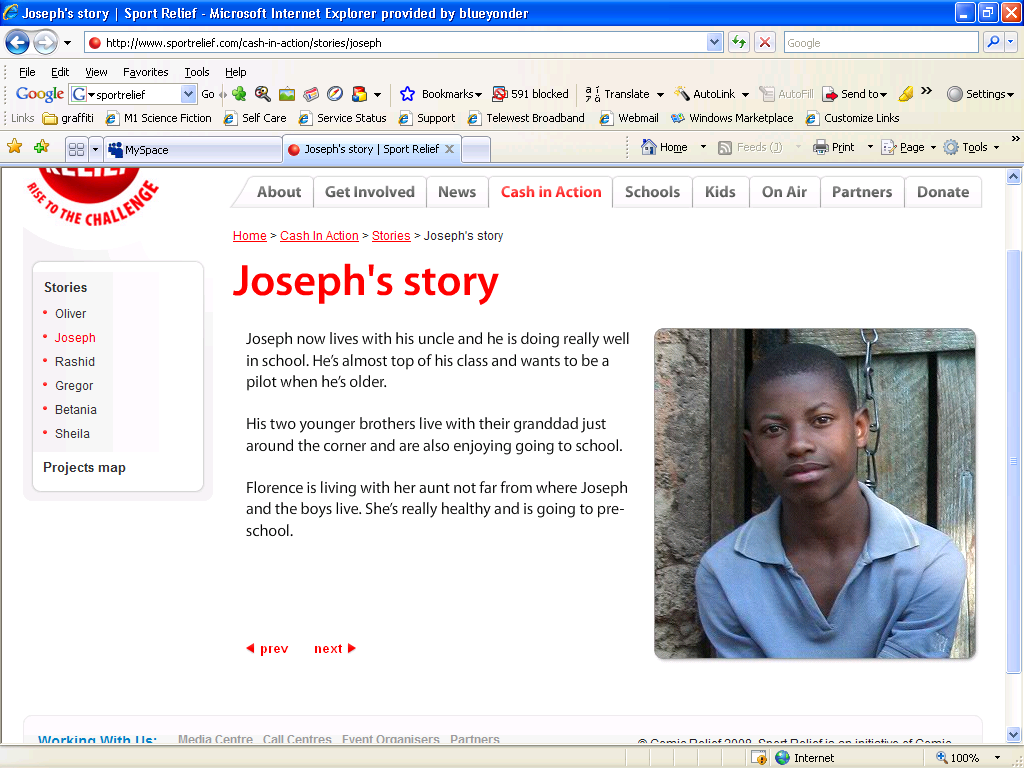 He is just one of the many young people who have to do this just to make sure that the and his family can eat.