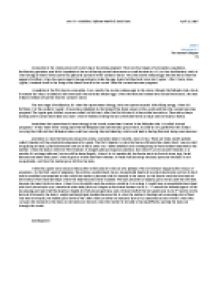 ﻿Level 3 ? Subsidiary Diploma Health & Social Care April 23, 2015 UNIT 4 Assignment 1 The Human Lifespan P1 Conception is the whole process of conceiving or becoming pregnant. There are four stages of conception; copulation, fertilization, gestation, and birth. Copulation is the act of having sexual intercourse or could be done by IVF (In Vitro Fertilization) which is when an egg is mixed with a sperm in a glass and put back in the woman?s uterus. First, the ovaries release eggs into the uterus then the egg gets fertilized. When the sperm meets the egg and gets inside the egg, it gets fertilized and turns into ?zygote?. After it turns into a zygote, it embeds itself in the lining of the blood vessels in the womb. Then the woman becomes pregnant. Copulation is the first step to conception. Every month, the ovaries release eggs to the uterus through the fallopian tube where it remains for 3 days. Ovulation is the term used when ovaries release eggs. When the man and woman have sexual intercourse, the man releases millions of sperms into the woman?s uterus. The next stage is fertilization; it?s when the sperm meets the egg. Only one sperm succeeds in fertilizing an egg. When it is fertilized, it is then called a ?zygote?, it becomes embedded to the lining of the blood vessels in the womb and then the woman becomes pregnant. The zygote gets divided, a process called ?cell division?, after the first division it is then called an embryo. The embryo keeps dividing until it cannot be divided any more. When it finishes dividing the last cell divided forms a shape and eventually a foetus. Sometimes the sperm doesn?t meet the egg in the womb, sometimes it meets in the fallopian tube. It?s called ?ectopic pregnancy?. If they meet in the wrong place like the fallopian tube and the baby grows there, it could be very painful for the woman carrying the child and their fallopian tubes could tear causing internal bleeding which could lead to feeling faint and losing consciousness. ...read more.

Children at this point are able to acknowledge what?s wrong and right. A child doesn?t want to get in trouble but their curiosity usually gets them to do what they?re not supposed to do. Most of the time, when a parent tells their child to not do something, the child would go and do it just because they?re curious of what will happen. And that way, they learn their lesson as they get taught the consequences for their actions. They envision what they want to do in the future or what job they want to do when they grow up like becoming a doctor, fireman, etc. They also start going to kindergarten, and primary school at this age, so they learn a lot. Like reading and writing. They?ll slowly learn how to write, read and understand full sentences, are able to read a whole children?s book by themselves. And also, drawing; their drawings can be more detailed compared to when they were only doodling with big crayons when they were an infant. Drawings like houses with windows and a door or flowers. Simple adding and subtracting is also something they learn and sharing food and toys. Emotional Development A child will know how to feel shy around other people that are not familiar, but as they spend more time with each other, they learn to overcome that shyness. They also feel other emotions like surprise, embarrassment, guilt and empathy. They learn how to understand why they feel emotions. They?ll recognise what kind of emotions they?re feeling and learn strategies to overcome them. When they learn their emotions, they also learn other people?s. At around 4, they may shout out ?That lady is so fat? in public where the lady can hear, their carer would tell them that it?s offensive and not nice. The child will remember that and when the child experiences it themselves, they?ll realise that it doesn?t feel very good when someone talks bad about them. ...read more.

They use ?crystalized intelligence? which uses information they learned throughout their whole life. While the adolescents and early adults use ?fluid intelligence? that uses abstract thinking when dealing with unusual and unfamiliar situations. Some people go back to college or university to finish what they weren?t able to finish when they were younger. Because jobs may require workers to finish a certain level of a course so they can be qualified that?s why they go back and finish their unfinished education. Emotional & Social Development At the first part of adulthood, people may have jobs that limit them from going out and socializing. But afterwards, when they get to the retirement stage they?ll focus more on socializing and bonding with the family and friends. People at this age would likely lose people close to them like their spouses or their children moving out from home. This would cause despair to the elderly and could make her feel isolated. Some would feel unwanted or useless especially when their own children are not paying as much attention to them and their needs and spending quality time with them which could get the elderly to act up. Some could feel scared of death as they grow even older and can experience ?midlife crisis?; feeling trapped and pressured by their responsibilities. They might start thinking about disappearing forever and that could lead to depression and regret, because they?ve not done everything they wanted to do and it?s too late to do them. But some also are very open and are not afraid of dying. Their spouses may have passed away already and that would make them more accepting to the fact that they?re going to die because they would think they?d see their dead spouse there. Having a close relationship with someone can help people cope with aging as they won?t feel alone. Being active in society, living in residential homes with other people who can relate with each other and taking part in hobbies and activities with other people can affect an elderly?s emotional development positively as it can increase their self-esteem. ...read more.