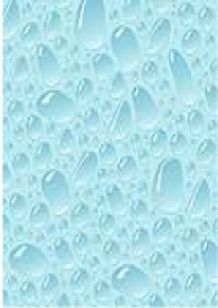 In the middle ages, it was guilty until you could prove yourself innocent through either trial by ordeal or combat. The feudal system played a major role in what method a person could use to prove their innocence as trial by combat was only for nobles or knights (vassals). Trial by combat would include the guilty noble fighting another noble/knight whom he said was guilty-the winner of the fight would be ?innocent?. Trial by ordeal reached its peak between the 9th and 13th centuries and was left for the serfs (the king was always innocent) to prove their innocence. These trials included trial by boiling water which required the serf to place his hand in boiling water and pull out a piece of hot iron. Guilt would be established if the wound had not healed in three days- if it healed then innocent. Another trial was trial by cold water, which saw the subject thrown into a ?holy? river, and if they drowned, they were innocent otherwise guilt as God had supposedly rejected them. The church also used torture and imprisonment to obtain confessions from people regardless of whether they were guilty. (Nash, 2013) After trial by ordeals were abolished after Pope Innocent III?s decree and the fall of feudalism after the signing of the Magna Carta by King John, similar methods of determining guilt and innocence as known to us today have been used. ...read more.

Everyone would then try and track down the criminal so that he could be punished. This was the main method of apprehending criminals for most part of the Middle Ages. Later on during the Norman era as towns grew, a sheriff was appointed yearly in each manor to aid with catching criminals. Local people would go to him to help them catch a thief or stop a crime happening. Evidence was not used to apprehend criminals during the medieval times. Only later in 1901 was the use of fingerprint scanners used but before that criminals would be caught based on the bystanders word. (Leeson, 2010) Conclusion: It is quite clear that the roots and foundations of our legal justice system originated from Medieval Europe. Crimes have evolved and changed slightly as lifestyles have progressed and new methods-based around those in the 1100?s-have been brought in to prevent crime more effectively-methods not possible 600 years ago when technology wasn?t around. Ways of establishing guilt have changed but the concept of trial has been around since the Middle Ages. Punishment for crimes has been around for centuries with variations taking places to adapt with new crimes. Before the first use of the modern prison in the 16th century, stocks held criminals in the same manner as prisons do today. The justice system in the middle ages was the basis for the 21st century justice system and law. ...read more.