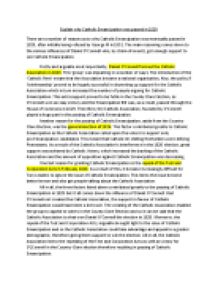 Explain why Catholic Emancipation was passed in 1829