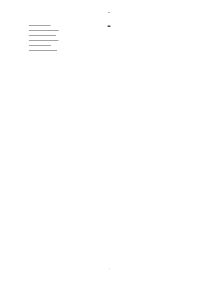 Explain why the Bolsheviks were successful in October/ November 1917

Explain why the Bolsheviks were successful in October/ November 1917 There were a number of reasons why the Bolsheviks were successful in October/ November 1917. The main reasons were: the effects of World War One on the people and the monarchy of Russia; the weaknesses and failures of the Provisional Government and the strengths of the Bolsheviks. All of these factors contributed to the rise of the Bolsheviks, even if some were significantly more important than others. Firstly, the effects of the First World War on Russia meant inflation and hunger, and this got worse because the war continued for so long, so the people of Russia stayed without a great deal of food and, with the lack of military victories, this led directly to the abdication of Nicholas II . The Provisional Government did not manage to end the food shortage or reduce inflation and so failed to help the people of Russia when they were most in need. ...read more.

which got the party's ideas across to its supporters. Perhaps one of the most vital reasons why the Bolsheviks were successful was because of Vladimir Illich Lenin, who played such a significant role because he was an inspiring leader with vision, clarity and ability. His 'April Theses', from which the Bolsheviks got the slogans for their publicity campaigns, were based on Marx's theory of communism. Therefore, I believe that the main reasons for the success of the Bolsheviks in October/ November 1917 were, first of all, the fact that the Bolsheviks had their own armed forces, the 'Red Guards', trained by Trotsky. They were the strength and power of the Bolsheviks and, even with the brains of Lenin, none of his plans could have been realized without the Red Guards. Secondly, the Provisional Government was seen as weak and ineffective and, eventually, it became increasingly unpopular; the Bolsheviks were able to exploit this to their own advantage. Finally, I believe that another main reason for the success of the Bolsheviks must be that Lenin returned from exile at the opportune moment. ?? ?? ?? ?? Alex Mullan - History Coursework - Mrs Bevis Page 1 of 3 ...read more.