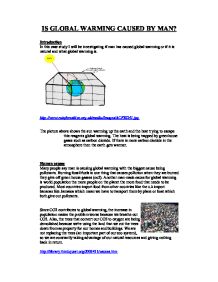 IS GLOBAL WARMING CAUSED BY MAN? 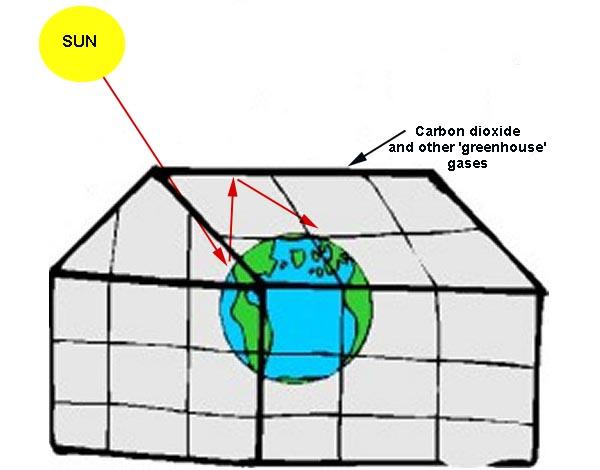 The picture above shows the sun warming up the earth and the heat trying to escape this reagents global warming. The heat is being trapped by greenhouse gases such as carbon dioxide. If there is more carbon dioxide in the atmosphere then the earth gets warmer.

Many people say man is causing global warming with the biggest cause being pollutants. Burning fossil fuels is one thing that causes pollution when they are burned they give off green house gasses (co2). Another man-made cause for global warming is world population the more people on the planet the more food that needs to be produced. Most countries import food from other countries like the u.k import bananas like Jamaica which mean we have to transport them by plane or boat which both give out pollutants.

Since CO2 contributes to global warming, the increase in population makes the problem worse because we breathe out CO2. Also, the trees that convert our CO2 to oxygen are being demolished because we're using the land that we cut the trees down from as property for our homes and buildings. We are not replacing the trees (an important part of our eco system), so we are constantly taking advantage of our natural resources and giving nothing back in return. 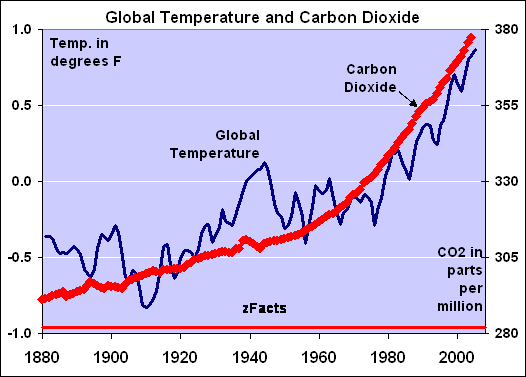 On the other hand climate change could be natural a reason for this is a release of methane gas from arctic tundra and wetlands and methane is a green house gas. Some scientists believe that global warming has happened in the past and just happening again

reference from the sun

More than 31,000 scientists across the U.S. – including more than 9,000 Ph.D.s in fields such as atmospheric science, climatology, Earth science, environment and dozens of other specialties – have signed a petition rejecting "global warming," the assumption that the human production of greenhouse gases is damaging Earth's climate.

"There is no convincing scientific evidence that human release of carbon dioxide, methane, or other greenhouse gases is causing or will, in the foreseeable future, cause catastrophic heating of the Earth's atmosphere and disruption of the Earth's climate," the petition states. "Moreover, there is substantial scientific evidence that increases in atmospheric carbon dioxide produce many beneficial effects upon the natural plant and animal environments of the Earth."

The Petition Project actually was launched nearly 10 years ago, when the first few thousand signatures were assembled. Then, between 1999 and 2007, the list of signatures grew gradually without any special effort or campaign.
Gordon, give back the green taxes you've robbed us of.

This chart shows how global climate has changed through time.