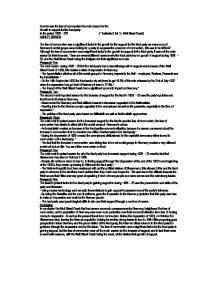 How far was the fear of communism the main reason for the Growth in support for the Nazi party In the period 1928 - 33?

Paragraph Three The next most important reason for the increased support for the Nazi's was the fear of communism; the fear of communism had started to affect all of the social areas of Germany's culture. --An Industrialist created an increase in the Nazi parties economic situation because he was so concerned about the increase in communism that he donated one million Rentenmarks to the Nazi party.* --During the depression of 1929 onward the unemployed disillusioned by the capitalist democracy either turned to communism or the Nazi party. * --The fact that the increase in communism was driving fear into most social groups in Germany created a very different social out look on life. You are either communism or Nazi. Paragraph Four The next most important reason for why the Nazi party had increased support during 1928 - 33 was the fact that Stresemann had died on October 3 1929. ...read more.

--The nazi party used psychological skills to win over their support through a number of means. Conclusion In conclusion the Wall Street Crash that had severe economic consequences for Germany, heightened the fear of communism, as the population of Germany were even more protective over their economic situation from fear of loosing money to depression. As well as the present threat from communism. Before the depression of 1929, on October 3rd Stresemann died, leaving the German population looking for another strong leader to turn to. With Hitler proposing good prospects for future Germany and the presentation of the Nazi party, the German citizens turned to the Nazi party for guidance through the depression and for the future. The fear of communism was a significant factor for the Nazi party in gaining support, but the fear of communism was not the main reason for the increase of support, and in fact there were several valid reasons, with the Wall Street Crash being the event, which started their growth of support. ...read more.