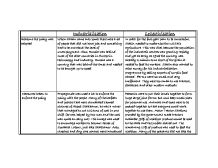 Industrialisation Collectivisation Reasons the policy was adopted When Stalin came into power there were a lot of people that did not have jobs and something had to be one about the level of unemployment. Also, Russia was behind most of the other countries in Europe in technology and industry. Russia was a country that was behind the times and needed to be brought up to speed. In order for the five-year plan to be successful, Stalin needed to modernise the USSR's agriculture. This was vital beacuse the population of the industrail centres was growing rapidly and yet as early as 1928 the country was already 2 million tons short of the grain it needed to feed its workers. Stalin also wanted to raise money for his industrialisation programme by selling exports of surplis food abroad. Farms were too small and very inefficient. They were too small to use tractors, fertilisers and other modern methods. Measures taken to enforce the policy Propaganda was used a lot to enforce the policy with the people. ...read more.

The Government tried very hard to sell these ideas to the peasants. They offered free seeds and other perks. Propogana was also used to turn the peasants against the kulaks. Successes of the policy Unemployment was almost non-existent and many more women joined the workforce. By 1937 women were 40% of industrial workers (compared to 28% in 1927) , 21% of of building workers and 72% of health workers. In 1940, the USSR had more doctors per head than Britain, education had become free and compulsory for all and Stalin invested huge sums of money in training schemes based in colleges and in the work place. Some places accepted collectivisation, but not very many. Even the places that did accept the policy, the workers found the new ideas and methods confusing. Failures of the policy Life was very hard under Stalin, factory discipline was strict and punishments were severe. Tardiness and absences were punished by sacking. Sacking not only meant losing your job, it meant risking losing your house or flat as well. ...read more.

Kulaks were arrested and sent bythe thousand to labour camps or forced to work on poor quality land. In revenge, many kulaks burnt their crops and slaughtered their animals so that the communtists could not have them. There was much bitterness as starving peasants watched Communist officlials sending their own food for export. Food production fell and there was a great famine between 1932 and 1933. Despite the famine, Stalin did not leave to kulaks and the other peasants alone. By 1934 there were no kulaks left. By 1941 almost all agricultural land was organised under the collective system. Stalin had achieved his aim of collectivisation, but at what cost. The human cost of the policy Working condtions were appaling for the workers, especially on big projects like dams and canals. There were many deaths and accidents, it is estimated that 100,00 workers died in the construction of the Belomor Canal. There was a famine in 1932-1933, this was because of the chaos that had occured from the governments attempts at introducing collectivisation to the peasants. Millions died in Kazakhstan and the Ukraine, which was Russia's richest agricultural region. Stalin's economic policies : Success or failure ? ...read more.