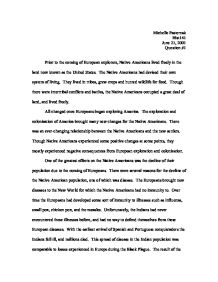 The colonization of America caused great hardships for the Native Americans.