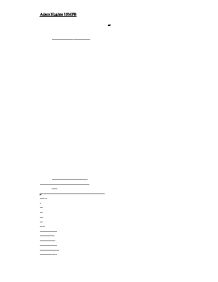 What was the contribution of Martin Luther King to the civil rights movement?

What was the contribution of Martin Luther King to the civil rights movement? The contribution of Martin Luther King to the civil rights movement was that of a leader who was able to turn protests into a crusade and to translate local conflicts into moral issues of nationwide concern. Successful in awakening the black masses and galvanizing them into action, he won his greatest victories by appealing to the consciences of white Americans and by bringing political leverage to bear on the federal government in Washington. The strategy that broke the segregation laws of the South, however, proved inadequate to solve more complex racial problems elsewhere. King was only 39 at the time of his death, a leader who never wavered in his insistence that non-violence must remain the essential tactic of the movement or in his faith that all Americans would some day attain racial and economic justice. King was born at noon Tuesday, 15th January 1929 at his home in Atlanta, Georgia. The civil rights movement was the attempts by black people to gain social, economic and political equality. In the 1950's it began to gain its first success. ...read more.

James Meredith- After events in Little Rock, integration had been speeded up in the some towns. However in 1962, integration was still non-existent in the southern states of Alabama, South Carolina and Mississippi. It was in this very year that James Meredith, a southern black, was offered a place in the University of Mississippi. Nevertheless, the governor of Mississippi announced that the state would continue with its segregation laws and when Meredith went to register at the beginning of term he found the governor himself barring the way, this continued day after day, as the governor refused to let Meredith in. This time, it was President Kennedy who intervened. He, like Eisenhower before him, also sent in Federal Troops to ensure that the law was upheld. Still, the army was attacked by a mob of white students and townspeople when it drove Meredith to the University, but they were no match for the army, who fought back. Meredith stayed at the University, but went to all of his classes with federal marshals protecting him. Throughout the late 50's and the 1960's King continued to call for non-violent protest. Despite the Supreme Court decisions and all the laws that were passed by the federal government to end segregation, most southern states kept some form of segregation. ...read more.

He was also responsible for appointing the first black U.S Ambassador, following this up with many different appointments of black people to important government posts. He also asked congress to pass a new civil rights act in 1963. After Kennedy's assassination Johnson took charge and it was his government that passed the civil rights act of 1964, which made racial discrimination in public places illegal. This act gave President the power to withhold money from states which did not comply. This was followed by the Voting Rights act of 1965, this gave the government the power to take over the registration of voters when state officials tried to ban blacks from voting. In 1967 Martin Luther King was awarded the Nobel Peace Prize. But the violence that had always pursued him would soon claim his life. Only a year later, on 4 April 1968, he was shot dead in Memphis. He was thirty-nine years old. Today he is widely celebrated as one of the great prophetic leaders of the later twentieth century, and his name still inspires those who follow his call for Justice. He once said; - If physical death is the price I must pay to free my brothers and sisters from the permanent death of the spirit, then nothing could be more redemptive.' Martin Luther King (1929- 1968) By Adam Hughes 10 MPB Adam Hughes 10MPB ...read more.