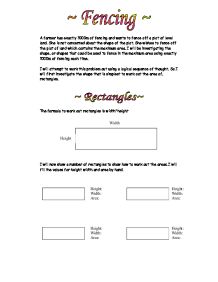 A farmer has exactly 1000m of fencing and wants to fence off a plot of level land. She is not concerned about the shape of the plot. She wishes to fence off the plot of land which contains the maximum area. I will be investigating the shape

I will attempt to work this problem out using a logical sequence of thought. So I will first investigate the shape that is simplest to work out the area of, rectangles.

The formula to work out rectangles is width*height

I will now show a number of rectangles to show how to work out the areas. I will fill the values for height width and area by hand.

Here is the table of rectangle area’s I made using excel. I’ve cut it down to show the first part of the table up to an area of 16,000 cm2.

From my set of result’s I’ve made a table which shows a interesting result, has a perfect line of symmetry down the middle and the results which we began with we also end with. 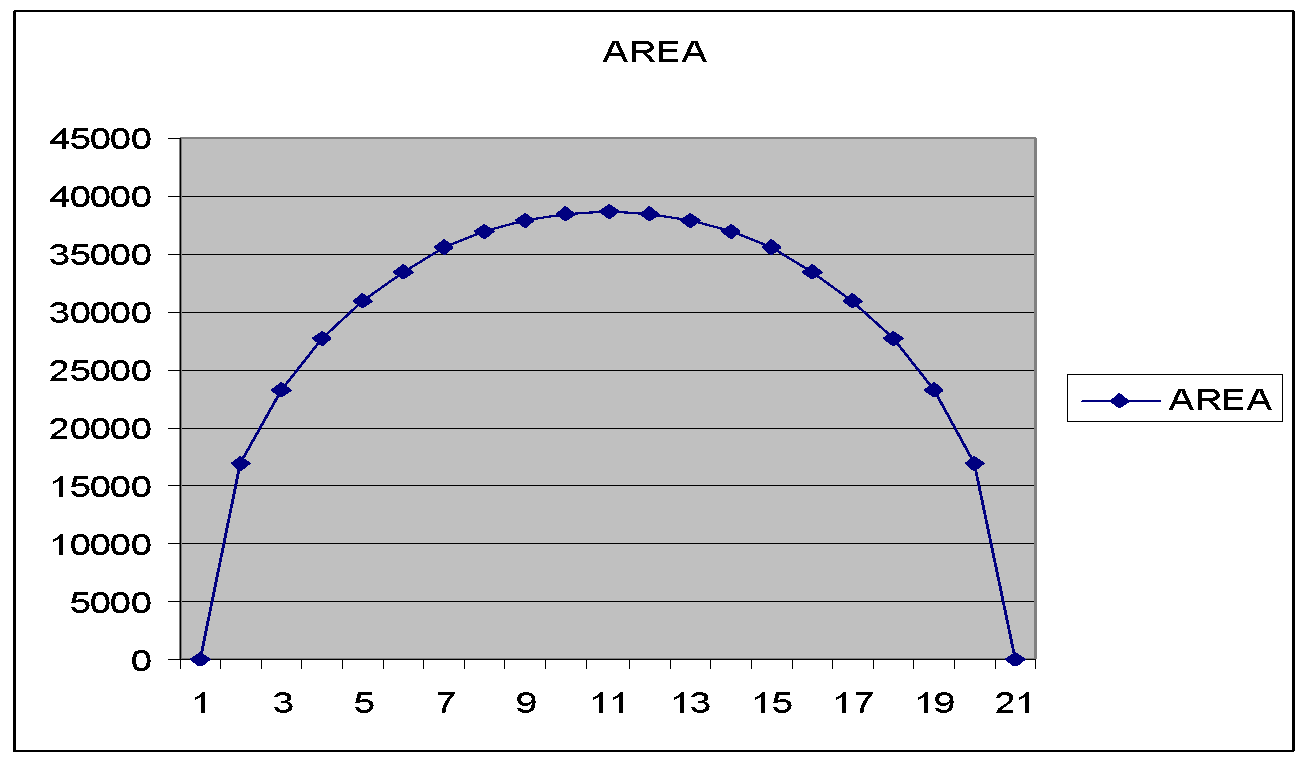 The graph of the scalene triangles, has a line of symmetry shown

I’ll start my investigation of isosceles triangles by working out the area of a few triangles. Then I will show my results in the form of a table and analyse them.

I will be using hero’s formula to find the area of isosceles triangles. Here is my table.

Now I can present the formula not in its finished state, but a usable one, the penultimate stage. I’ve cancelled out the like terms and I’m left with only a few more things to simplify.

I will now do the finished version of the formula and then test it out on 3 n-gon shapes.

Now to test the general formula, I will at first use the shapes which areas I’ve found out.

Now here is a table containing the areas 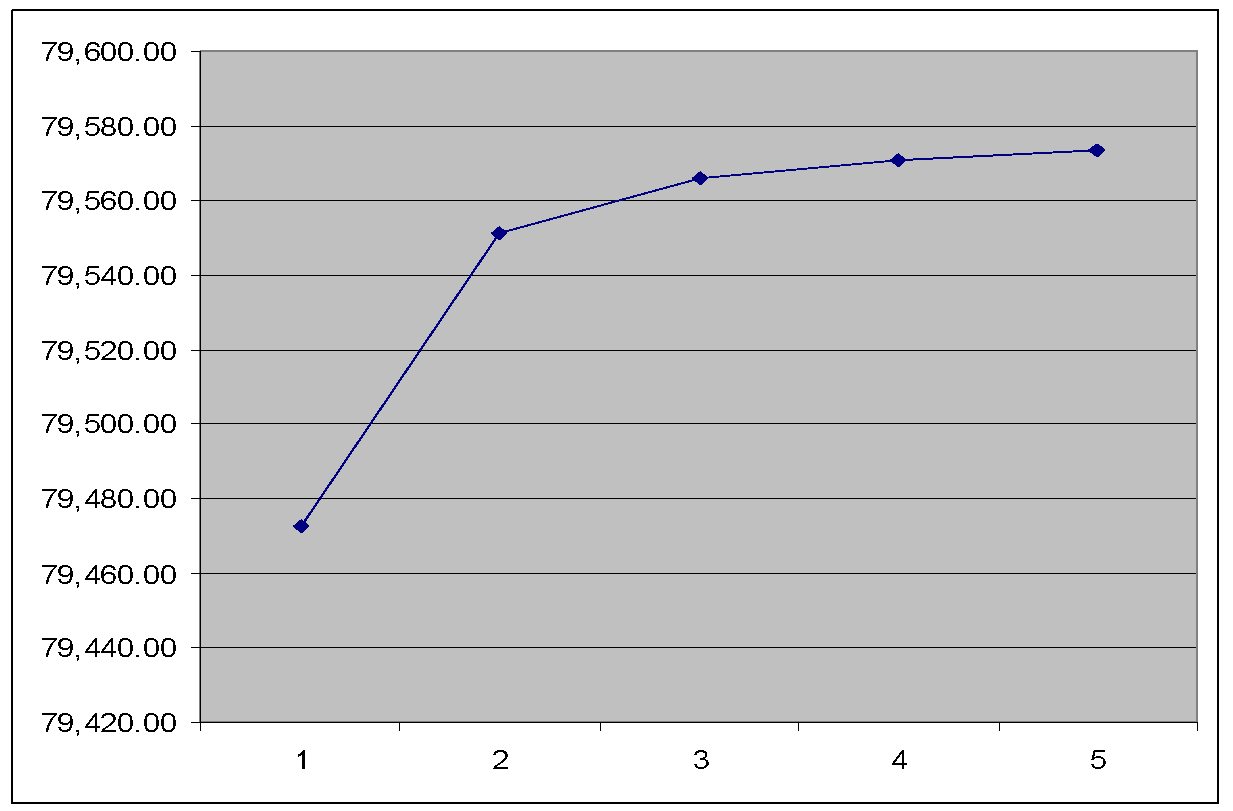