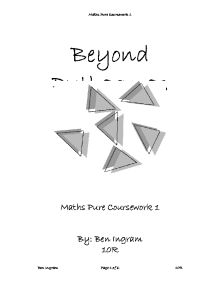 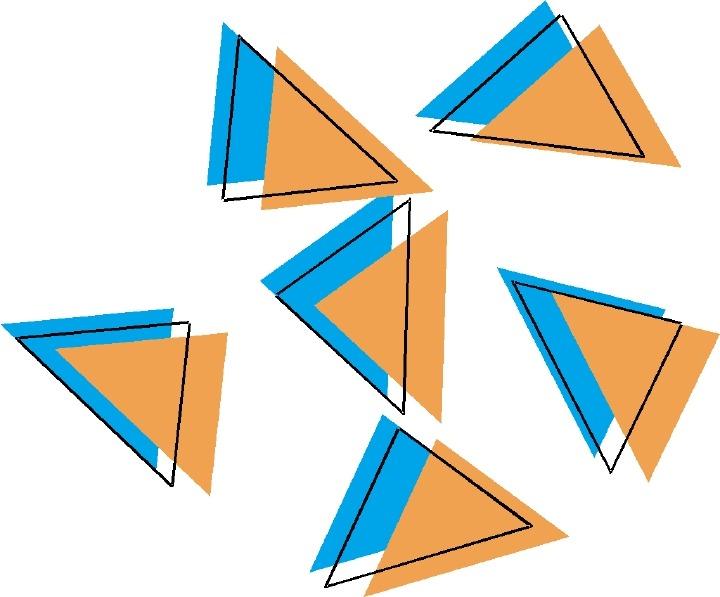 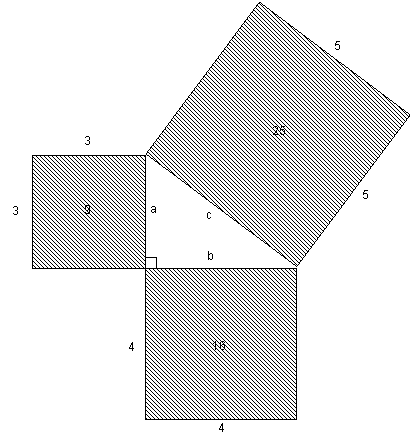 All the above examples are using an odd number for ‘a’. It can however, work with an even number.

N.B. Neither ‘a’ nor ‘b’ can ever be 1. If either where then the difference between the two totals would only be 1. There are no 2 square numbers with a difference of 1.

As shown in the above table, there are no square numbers with a difference of anywhere near 1.

Aim: To investigate the family of Pythagorean Triplets where the shortest side (a) is an odd number and all three sides are positive integers.

Patterns in ‘a’: The smallest numbers always increase by 2 in this family.

This works with all of the above pairs. It can be expressed algebraically as:  2n + 1=a

Patterns in ‘b’: The numbers in the ‘b’ column increase uniformly in a pattern that in itself increases by 4 every time.

This however cannot be used to form a formula as it could not be worked out for the nth term.

This works for each one and can be expressed as the formulae: an + a= b

Expressed algebraically this is: b + 1= c

However, these formulae only work if you do them in order. I.e.

The fact that the two smaller numbers (when squared) add up to the same as the third number (when squared), proves my theory that multiples of Pythagorean triplets will also adhere to the rules of Pythagoras. My formulae can be changed to suit this:

In all the above cases, ‘y’ is a substitute for any number, when replaced it can be worked the same as the normal formula, multiplied and still produce a Pythagorean triplet.

Once again the triplets from this family can be put into a table showing not only themselves, but also the fact that they conform with the rules of Pythagoras. In this case it is the multiples of my primary triplet; 3,4,5.

As you can see, when squared, the first two columns add up to the third number squared. This proves that my hypothesis is correct and multiples of triplets do conform with the rules of Pythagoras. This is true with both odd and even numbers being inserted into the ‘a’ column.